An anti-terrorism court judge in Pakistan has issued an arrest warrant for Pervez Musharraf, the country’s former military ruler, in connection with the 2007 assassination of Benazir Bhutto, officials say.

Bhutto, a former prime minister and leader of the Pakistan People’s Party (PPP), was killed in December 2007 in a gun-and-suicide-bomb blast during a rally, just weeks after returning to Pakistan to campaign in new elections.

Many of her supporters accuse Musharraf of not doing enough to ensure her protection.

“Judge Rana Nisar Ahmad has issued non-bailable warrant for former President Pervez Musharraf and directed him to appear before the court on February 19,” Chaudhry Zulfiqar Ali, a public prosecutor, told AFP on Saturday.

He said “a joint investigation team that had been formed to probe the assassination said in its report Musharraf had involvement in the case and was equally responsible”.

After the closed-door hearing that took place in Rawalpindi’s Adiala prison, Ali said: “The report said it was a broad conspiracy involving Pervez Musharraf, two police officials and terrorists.”

But speaking to Al Jazeera from Islamabad, Mohammad Ali Saif, Musharraf’s lawyer, said that his client did not believe the court had acted on an investigation report that was accurate, and therefore he would not heed this order.

“We believe that the investigation report that was filed in the court, and on the basis of which the court decided today to issue arrest warrants is replete with flaws, with lacunas [sic], with legal deficiencies, and I believe that the court took an unfortunate view … it should have been cognizant of the fact that there are weaknesses in this report,” Saif said.

“The courts are duty bound to uphold the rule of law … and if the courts avoid looking at legal discrepancies and legal weaknesses … then of course the lack of credibility in such legal procedures will require us to look the other way.”

He said his client would appear in court to defend himself when he was confident that all legal procedures had been followed, and that “justice would be done”.

Musharraf left Pakistan for London more than two years ago, but has expressed his intention to return to Pakistan and establish offices for his new political party by March.

Bhutto, who served two terms as prime minister, returned from exile two months before she was assassinated to stand for election.

Her widower, Asif Ali Zardari, led the PPP to election victory in February 2008 and is now president.

At the time of Bhutto’s death, Musharraf’s government blamed the assassination on the Pakistani Taliban chief, Baitullah Mehsud, who denied any involvement.

Mehsud had, however, earlier told Bhutto that if she returned to Pakistan, she would be “welcomed” by suicide bombers from his group. 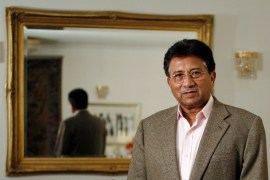 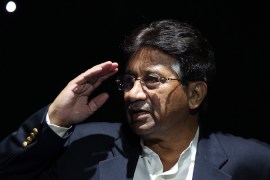 The former president of Pakistan shares the early influences of public service on his extensive career. 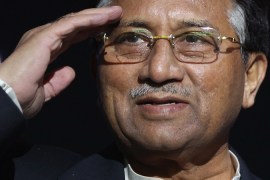 A return to Pakistani politics 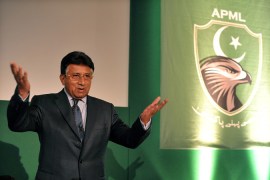 Ex-Pakistani president announces that his new All Pakistan Muslim League will contest the planned 2013 general election.