The discrepancy has highlighted suspicions regarding death tolls given so far from the quake, the worst natural disaster on record in the Americas that has attracted billions of dollars in international aid.

Even some government officials have expressed scepticism that the number is real, and no foreign government or independent agency has issued its own death toll.

Many local residents are even more cynical, accusing the government of inflating the numbers to attract foreign aid and to take the spotlight off its own highly-criticised response to the disaster.

The difficult task of counting bodies has been exacerbated by the damage the quake brought to the very government institutions responsible for compiling the information.

A third of Haiti’s nine million people were crowded into the capital when the quake struck. Some 250,000 houses and 30,000 commercial buildings collapsed, according to government estimates, crushing people inside.

Four weeks after the quake, an estimated one million people remain displaced with the government acknowledging that it has no clear idea how to resettle them before the rainy season starts around April.

Meanwhile a lawyer representing one of the 10 Americans arrested in Haiti for trying to take a busload of children out of the country, said the judge was expected to make a decision on Thursday on whether they should be tried.

Gary Lassade said Judge Bernard Saint-Vil had finished questioning the Americans and could issue a recommendation to the prosecutor as early as Thursday.

The Americans, mostly from an Idaho Baptist church, were charged last week with child kidnapping and criminal association.

They were arrested on January 29 for trying to take 33 children across the border to an orphanage they were establishing in the Dominican Republic, without proper documents. 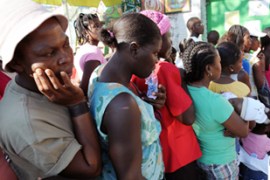 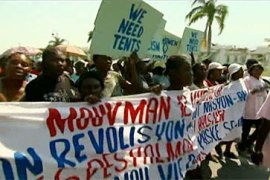 Mixed views on US military in Haiti

Some welcome troops but others question their role and length of stay. 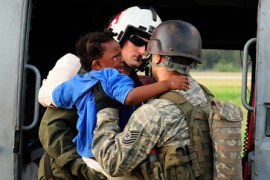 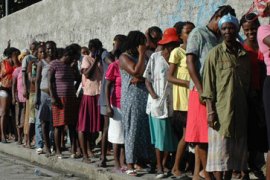 Blog: A new approach to aid