Gaps in the regulation of US banks and capital markets have been blamed for the subprime mortgage crisis and the global financial chaos triggered after Lehman Brothers collapsed on the night of September 14, 2008.

Nick Spicer, Al Jazeera’s correspondent in New York, said: “Obama sees a window of opportunity in the public’s anger, on this anniversary. The danger is that people will forget the catastrophe of last year and how they were affected, and the people on Wall Street will go back to their old ways, as the president put it.

“Overhauling the financial system is one challenge among many, and Obama thinks that now is the time to do it.”

After his speech, Obama told CNBC television that he does not intend to call for a second economic stimulus package.

“I have a strong inclination not to do it … But we are monitoring the situation very carefully,” he said.

In his address to Wall Street, Obama outlined a series of measures that he believes will prevent a repeat of the recent financial crisis, calling the reform package the most dramatic overhaul since the Great Depression of the 1920s and 1930s.

“First, we are proposing new rules to protect consumers and a new Consumer Financial Protection Agency to enforce those rules,” he said.

“The Consumer Financial Protection Agency will have the power to ensure that consumers get information that is clear and concise, and to prevent the worst kinds of abuses.

“Consumers shouldn’t have to worry about loan contracts designed to be unintelligible, hidden fees attached to their mortgages, and financial penalties – whether through a credit card or debit card – that appear without warning on their statements.”

The president sought to play down concerns among financial institutions that the agency’s rules would limit the products they could make available to customers.

“By setting ground rules, we’ll increase the kind of competition that actually provides people better and greater choices, as companies compete to offer the best product, not the one that’s most complex or confusing,” he said.

But Obama also said that his administration is looking to close loopholes that financial institutions exploited, and which he said had triggered the financial crisis.

“While holding the Federal Reserve fully accountable for regulation of the largest, most interconnected firms, we will create an oversight council to bring together regulators from across markets to share information, to identify gaps in regulation, and to tackle issues that don’t fit neatly into an organisational chart.

While acknowledging that no financial institution can be deemed too big to collapse in the wake of Lehman Brothers’ failure, Obama also proposed setting up a “resolution authority” that would be triggered in the event that a large financial company hits trouble in the future.

“Our plan would put the cost of a firm’s failure on those who own its stock and loaned it money. And if taxpayers ever have to step in again to prevent a second Great Depression, the financial industry will have to pay the taxpayer back – every cent.”

The president also said that the US had to work with other nations on a regulatory system that would prevent a global financial and economic crisis of the current magnitude from happening again.

“One of the reasons for the initial collapse last year was the lack of government supervision and regulation,” he said.

He warned that many of the investment banks that had survived the crisis were likely to oppose regulatory changes.

Hendrik du Toit, CEO of Investec Asset Management, said that rather than laying the blame at the door of Wall Street for the financial crisis, governments and financial companies should look ahead in order to create a new system.

“One of the facets in keeping the economy growing is to make sure that we have a workable, durable financial system. Part of that is to deal with the old excesses, is to deal with better regulation, and part of it is to do with better and stronger leadership at the top of financial firms,” he said.

“The only effective way to deal with this is to make sure that industry participants – including regulators, government and industry – participate. I think it is important to move away from sloganeering.

“At the moment, we are mixing this up with popular politics and I am concerned that that is not a good recipe to deal with the creation of a durable, reformed financial sector.”

Obama’s regulatory efforts – which include plans to give the US Federal Reserve new powers to monitor big financial firms and allow the government to seize and liquidate them when they fall into trouble – have hit resistance in congress. 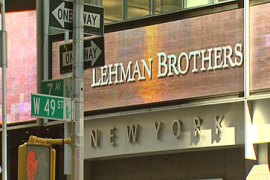 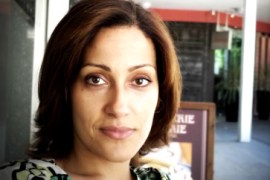 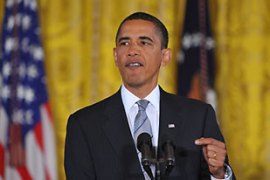