“It’s by now clear that the fiscal stimulus package has offset the contraction in export activity.”

Other government data for June back up the assertion that domestic investment and consumption had made up for falling exports to put Beijing within reach of the eight per cent annual growth deemed necessary to keep unemployment and social unrest at bay.

In the same period industrial production growth quickened to 10.7 per cent, up from 8.9 per cent in the 12 months to May beating analysts’ forecast of 9.4 per cent growth.

China does not yet publish quarter-on-quarter GDP data, which give a better sense of current momentum than year-on-year growth rates, but estimates by banks paint an even rosier picture for the world’s third-largest economy behind Japan and the US.

Goldman Sachs, for instance, which had forecast a 7.8 per cent second-quarter growth, said that translated into 16 per cent growth compared with the first quarter when expressed as a seasonally adjusted annualised rate.

The government has warned, however, that a long term recovery is not yet secure.

“The base for recovery is still weak,” the statistic bureau said as it published the latest data.

“Growth momentum is unstable. The recovery pattern is unbalanced and thus there are still uncertain and volatile factors in the recovery process.” 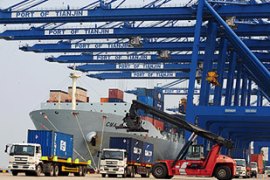 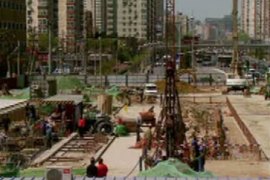 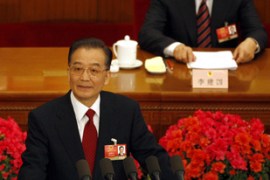