The test was developed to make sure that the applicants have essential knowledge of the German political system and German history.

An individual test for every applicant is prepared by the Federal office for migration and refugees in Nuremberg.

The tests are sent to adult education centres, the ‘Volkhochschulen’, conducting courses and tests for the applicants in Berlin which are then sent back to the federal office.

However the test for potential Germans has angered some immigrant groups in the country, particularly the 2.3 million Turkish community, who claim the proposed exam is so difficult even German citizens could not answer it.

“With the citizenship test an artificial barrier is established, constraining people who want to become German citizens who may fulfill all other qualifications,” Eren Uensal, of the Turkish federation Berlin Brandenburg, said

Critics also said that many questions had wrong multiple choice answers that were meant to be correct and that some questions were completely irrelevant for a citizenship test, a claim ministry officials have rejected.

Isabelle Kalbitzer, a spokeswoman of Berlin senate department of the interior, conceded that “some questions may not be precisely formulated, some may have more than one correct answer – and those surely need to be re-worked”.

But she stressed that the basic focus of the test is fine. 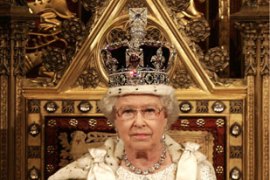 The UK government is to start testing foreigners seeking British citizenship in April.