‘Iraqi affair’
Speaking on a return flight to Baghdad after appearing at the UN General Assembly in New York, al-Maliki said: “It is an Iraqi affair dealing with Iraqis. Iraqis are eager for Iraq’s unity… Dividing Iraq is a problem and a decision like that would be a catastrophe.”
During Friday prayers in Karbala, a spokesman for Grand Ayatollah Ali al-Sistani, the Shia spiritual leader, dismissed the proposal.
Sheik Abdul Mahdi al Karbalaei said: “The division plan is against Iraqi’s interests and against peaceful living in one united Iraq. Any neighbouring country supporting this project will pay the price of instability in the region.”
On Thursday, Liwa Semeism, a spokesman for Muqtada al-Sadr, the Shia cleric, said: “We demand the Iraqi government to stand against such project and to condemn it officially.
“Such a decision does not represent the aspirations of all Iraqi people and it is considered an interference in Iraq’s internal affairs.”
Oil revenues
The resolution proposes separating Iraq into Kurdish, Shia and Sunni entities, with a federal government in Baghdad in charge of border security and oil revenues.
The plan, which was inspired by the settlement that ended the Bosnian conflict in the 1990’s, offers Sunnis a share of oil revenues, boosts reconstruction aid and debt relief.
Critics, however, said Iraqis should shape their future and that partitioning Iraq could encourage sectarian killings.
The plan’s advocates say it offers a solution to the crisis in Iraq that could allow US troops to leave without leaving chaos behind.
The resolution urged George Bush to seek international support for such a political settlement and convene a conference with Iraqis to help them reach it.
Al-Maliki said: “We reject this decision.”
Strong reservations
Turkey, a US ally, would oppose such an initiative, fearful of unrest among its Kurdish population. Ankara feels that a partitioned Iraq would lead outside powers like Iran and Saudi Arabia to boost rival ethnic armed groups.
The Iraq Study Group, a US bi-partisan body, which delivered its recommendations in December, warned that dividing Iraq could trigger mass population movements and the collapse of Iraq’s fragile security forces.
“I think what we have seen in Bosnia is a lessening of tensions when there is a capability for the security forces, the educational and the religious sects to have their own ability to govern within themselves,” she said.
Source: News Agencies 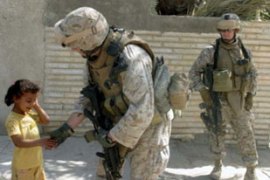 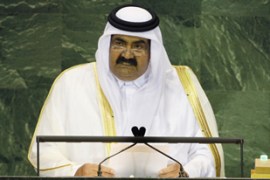