“This expansion will enable Iraq to equip new forces to assume the missions currently accomplished by US and coalition forces and to sustain themselves in their efforts to bring stability to the country,” the DSCA said in a statement.
The agency did not list any contractors alongside the sale.
It said the Iraqi government had requested Humvees and rifles, as well as a wide array of trucks and other vehicles, small arms, munitions, explosives and communications equipment.
Once the US congress is notified of a weapons sale, lawmakers have 30 days to block the deal, although such action is rare.
Source: News Agencies 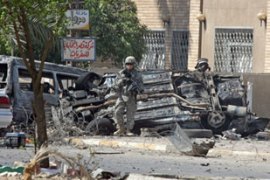