The AFP agency quoted him as saying: “We set several deadlines and the Afghan government did not pay attention to our deadlines.
“Finally tonight at 8:30 we killed one of the Koreans named Sung Sin with AK-47 gunshots.”

The area is where the South Koreans on an aid mission were abducted on July 19 while travelling on the highway between Kabul and Kandahar, about 140km south of the Afghan capital
Serious
The South Korean embassy in Afghanistan has refused to comment to the media on the case.
James Bays, Al Jazeera’s correspondent in Afghanistan, said that while the Taliban had extended the deadline in the past, it was “serious this time”.
He reported there was a build-up of security forces in the area near the main highway where the South Koreans were kidnapped.

The leader of the group, Bae Hyung-kyu, a 42-year-old pastor, was shot dead on Wednesday and his bullet-riddled body found in a desert area of the province.

Bae’s body arrived in South Korea on Monday.
Al Jazeera’s Melissa Chan reported from Seoul that the family members would not hold a funeral until the rest of the hostages were safely back.
Taliban denial

Earlier on Monday, Ahmadi had denied that there had been any agreement to extend talks.

“We are still awaiting the decision of the leadership council. We have not extended the deadline till Wednesday,” he told Reuters by telephone from an unknown location.
Reports had said that the Taliban extended its “final” deadline at the request of Afghan mediators, but insisted that the release of Taliban prisoners was the only way to settle the crisis.
The “final deadline” was issued by the movement’s leadership council on Sunday and originally ran out at 07:30 GMT.
The Taliban has demanded the withdrawal of South Korean troops from Afghanistan and the return of prisoners held by the Afghan authorities.
On Sunday, Ahmadi said the group’s demands remained the same.
He said: “We have the same previous demands; the first is accepting to withdraw the Korean forces from Afghanistan.
“The second demand is still pending as the Afghan government delegation has said that it does not have the authority to release Taliban prisoners.”
Hostage swap
Afghanistan’s interior ministry and the presidential palace have said a hostage swap is out of the question.
An Afghan team that was supposed to have held more talks with the Taliban on Saturday could not reach the group because of security concerns in Ghazni province, a provincial source said.
The Taliban has said that if anything happened to the South Korean hostages, “the Afghan government and the South Korean government will be responsible”.
Source: Al Jazeera, News Agencies 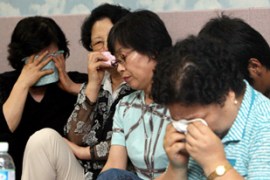 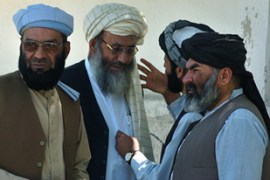