Many Arab countries use economic arguments to justify exploration into nuclear options. Dwindling hydrocarbon reserves and rising energy demands as economies grow and populations expand, provide the root of the argument.

Mahmoud Nasreddin, director-general of the Arab Atomic Energy Agency, said: “Some countries have oil and maybe they are not in a hurry to start a programme to build nuclear power plants tomorrow, but they are interested in feasibility studies.

“It is wise to start thinking about diversifying their sources of energy – solar, wind or nuclear.”

“In terms of financial resources, you have to ask what is the cost of not going nuclear,” he said, citing rising prices of oil, gas and coal.

Nuclear power would allow a larger share of oil and gas to be exported, boosting hard currency revenue, and help counter global warming, he said.

“The ripple effects are one of the main reasons why we are all concerned about Iran acquiring a nuclear weapons capability.”

Walid Kazziha, a political professor at the American University in Cairo said renewed Arab interest in nuclear power coincides with a US drive to line up Sunni Arab allies to confront Iran.

“The Americans have no interest in having a compromise and they would want the Saudis, as well as the other Arabs, to stand and mobilise against the Iranians.”

In the case of Egypt, the nuclear option may support its ambitions to be a regional leader, he said.

Nuclear capabilities would also have “political appeal,” he said, noting that Cairo‘s nuclear plans were first floated by Gamal Mubarak, seen as a possible successor to his father, President Hosni Mubarak.

Nuclear suppliers might provide incentives or insist that Arab states do not emulate Iran by pursuing dual-purpose activities that can be used for bomb-making, such as uranium enrichment and reprocessing.

“If Egypt were to accept the Additional Protocol and forego its right to enrichment and reprocessing, the United States would be very keen to help out.”

Analysts say that the real argument for nuclear development in Arab countries is to position themselves for the “what-if” scenario of an Iranian atom bomb.

A Vienna-based diplomat familiar with the IAEA, said: “You have to balance the inherent risks with all the benefits that come with nuclear power.

“The danger is there when rationality pops out of the equation.” 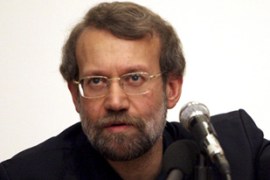 German leader tells Iran to comply with international demands “without ifs and buts”. 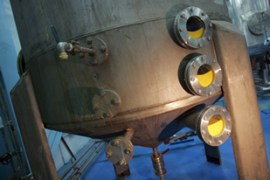 Iran hopes for a lift in UN sanctions as it shows off its nuclear intallations. 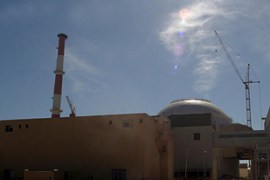 King Abdullah II says the ‘rules have changed’ on nuclear power in the Middle East.