If adopted, it would be the first time in 16 years that preparations for war had been part of Polisario strategy.

In a letter to Ban Ki-moon, the UN secretary general, Mostafa Sahel, Morocco’s UN ambassador, said the UN was tasked to ensure that the zone was “exempt from any military presence or civilian installations.”

“This concerns a serious violation and compromises the ceasefire accords concluded in 1991.

“Morocco asks the UN secretary general to take the necessary steps to face these dangerous and provocative manoeuvres that threaten peace and stability in the region.

“These dangerous and provocative machinations are contrary to a climate of trust and serenity which must prevail at this crucial moment of the process of searching a negotiated political solution to this regional dispute,” the Moroccan letter said.

Morocco’s parliament also condemned the Tifariti meeting, with the upper and lower houses holding a joint meeting on Wednesday to denounce the move.

The Moroccan complaints come ahead of a third round of UN-mediated talks in January near New York between Rabat and the Polisario on the future status of Western Sahara.

Morocco and the Polisario have already held two rounds of UN-sponsored exploratory talks, in June and August, but failed to bridge the wide gap between their respective positions.

Morocco has proposed granting autonomy to the Western Sahara, which it annexed in the 1970’s following the withdrawal of colonial power Spain, sparking a war with the Algerian-backed Polisario who sought independence for the territory.

The Polisario proposes a referendum with independence as one option.

When Spain withdrew from the area in 1975, Morocco fought Polisario in a low-level war for 16 years.

A UN ceasefire accord in 1991 promised a referendum on the future of the mineral-rich territory.

Polisario holds a congress every three to four years. The last one was in 2003. 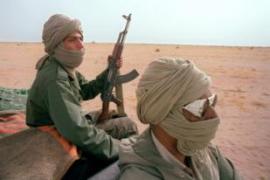 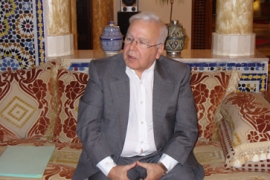