Washington officials criticised the test as a provocative escalation of military competition in outer space.

But Liu Jianchao, a Chinese foreign ministry spokesman, said: “What needs to be stressed is that China has always advocated the peaceful use of space [and] opposes the weaponisation of space.”

The manned international space station is vulnerable to being hit by some of the thousands of pieces of debris created when the Chinese weather satellite was destroyed about 865km above Earth, US experts said.

Peter Hays, a senior adviser to the Pentagon’s National Security Space Office, said: “The test created a lot of debris. It definitely raises the possibility that something is going to be hit, including the space station.”

Colonel Patrick Rayermann, chief of the US army’s space and missile defence division, said that China’s test had reignited discussions about the need for a treaty or certain rules for actions taken by space-faring countries.

“What anybody does in space has ramifications for all users in space,” he said.

An increasing number of countries are operating satellites, including India, Iran and Nigeria.

Hitchens said that expansion raised the “spectre of chaos” and underscored the need for a system of regulating their actions.

However, a 1967 global outer space treaty does require notification of manoeuvrings in space, and holds countries liable for their actions.

This means commercial operators could sue China for damages if their satellite is hit by debris.

The UN Committee on Peaceful Uses of Outer Space is due to sign a new voluntary agreement to mitigate the creation of space debris at a meeting in Vienna next month.

Debris from the Chinese weather satellite could take decades to fall out of orbit.

Asked about China‘s delay in confirming the test, Liu said: “After various parties expressed concern we explained this test in outer space to them. 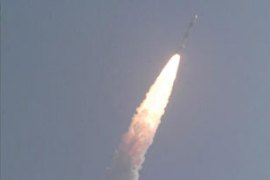 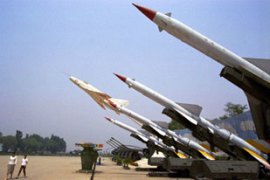 Test comes amid reports US is also developing its own anti-satellite missiles.