Hasan Mahedee Munna now lives and works in a five-star hotel in Germany, but he spends much of his time thinking about his family back in Bangladesh who he says have become victims of a bitter feud with the country’s army chief, General Aziz Ahmed, and his brothers.

On Monday, Al Jazeera released All the Prime Minister’s Men, an investigation revealing political and financial corruption at the heart of the Bangladeshi state involving the chief of army staff and his family.

The feud started with the murder of Mahedee’s uncle, Mustafizur Rahman Mustafa, in the streets of Bangladesh’s capital Dhaka in May 1996. Rahman was shot multiple times but survived for a brief time and, from his deathbed in hospital, gave a formal statement to a magistrate where he identified the men who shot him. Three of them – Josef Ahmed, Haris Ahmed and Anis Ahmed – were brothers who were part of a criminal gang that operated in the area of Mohammadpur where the shooting took place.

Mustafa’s murder took place at a turbulent time in Bangladeshi politics, with a caretaker government in place between a contested general election and a redo of the vote in June. The Awami League party, which had been in the opposition for five years, was preparing to take on the beleaguered Bangladesh National Party whose leader Khaleda Zia had been forced to step down.

The three Ahmed brothers were aligned with the Awami League – Haris was bodyguard to its party’s leader, Sheikh Hasina, whose father Sheikh Mujib is considered the father of the Bangladeshi nation and the hero of its independence.

It remains uncertain why Mustafa was targeted by the three brothers – but it may have been the result of a bitter political rivalry. At their trial, the brothers argued that Mustafa was a member of the Freedom Party, a small party led by those who took part in the 1975 assassination of Sheikh Mujib. Prior to the murder, Mustafa’s name had been on a list of Freedom Party activists the police claimed had tried to attack Sheikh Hasina’s house in 1989.

Mahedee however, argues that his uncle Mustafa was never involved in the Freedom Party and that he was killed because the Ahmed clan were jealous of his family’s political success.

“The brother of my uncle Mustafa who was murdered, Habibur Rahman Mizan, was elected as an Awami League ward commissioner in 1994 in the area where the Ahmed brothers lived,” Mahedee, the nephew, says.

“The three brothers killed my uncle Mustafa as they thought that now Mizan was elected councillor, our family had too much political power. Mustafa was very close to Mizan, so the Ahmed brothers killed Mustafa, to cut off Mizan’s right hand, so to speak.”

With Aziz as head of the army. It is like a mafia state now in Bangladesh.

He also says that the name in the list of Freedom Party people involved in the attempted attack on Sheikh Hasina’s house was not that of his uncle.

Whatever the motive, in 2004, primarily on the basis of Mustafa’s deathbed testimony, two witnesses and evidence given by his ward commissioner brother, Mizan, the three Ahmed brothers were convicted of murder.

Josef, who was arrested soon after the murder, was given the death penalty. Haris, who was never arrested and remained on the run during the trial, was sentenced to life imprisonment as was Anis who did, however, manage to get bail. In 2007, after the brothers lost their appeals, Anis also went on the run to avoid serving his sentence.

The rise of Aziz

During this period, there was, however, one Ahmed brother neither involved in the criminal underworld nor linked to Mustafa’s murder. This was Aziz Ahmed, the second-oldest brother who joined the Bangladeshi army in 1981. He slowly moved up the ranks, but his career accelerated after the Awami League returned to power in 2009 and Sheikh Hasina became prime minister.

In December 2012, Aziz was appointed as head of the Border Guards of Bangladesh where, as Al Jazeera’s film shows, he helped his brother Haris falsify documents and set up businesses in Hungary under a fake identity. Then in 2018, after his brother Josef received a presidential pardon for the murder of Mustafa and was released from jail, the prime minister appointed Aziz as chief of army staff of the Bangladesh Army.

Aziz now had tremendous power – including over a paramilitary law enforcement body, the Rapid Action Battalion (RAB) – and, according to Mahedee, Aziz has used it to exact revenge on his family back in Bangladesh whose testimony resulted in the conviction of his brothers for murder.

In the Al Jazeera documentary, Haris is recording as saying, “My gangsters are RAB. I don’t need thugs, these are my thugs. They pick someone up and detain them.”

‘Nothing to do with corruption’

While the Ahmed brothers were in jail or on the run, Mahedee’s family had become a powerful Awami League party presence in Mohammadpur, with Mizan Rahman a respected ward commissioner.

As part of a supposed ongoing anti-corruption drive, in October 2019, RAB arrested Mahedee’s uncle, the ward commissioner Habibur Rahman, for alleged involvement in the illegal casino industry. RAB claimed that they had found cheques amounting to $790,000 at his house.

“The arrest had nothing to do with corruption,” Mahedee claims. “My uncle was not corrupt. His arrest had everything to do with political control of Mohammadpur and revenge for the evidence my uncle had given against his brothers in the murder trial. My uncle had also just been nominated to be the Awami League Dhaka North general secretary and Aziz did not want his power to grow even further. So he was arrested.”

He also claims that the arrest of Mizan and other ward commissioners in Mohammadpur at that time was part of Aziz’s plan to facilitate the election of Asif Ahmed who is Aziz’s nephew, the son of the fugitive brother, Anis. In the subsequent local elections in February 2020, Asif Ahmed was indeed elected as a ward commissioner in Mohammadpur, in one of the seats vacated by arrests at this time.

Mizan remains in jail. Mahedee says that his uncle has not sought bail as he knows Aziz would prevent any court in Bangladesh from giving it. “Some people also say that it is now safer for my uncle to stay in prison than get released”.

“With Aziz as head of the army. It is like a mafia state now in Bangladesh.”

Al Jazeera’s Investigative Unit contacted General Aziz Ahmed and the three other Ahmed brothers, inviting them to respond to its findings. None provided a response to our inquiries. 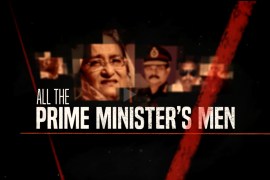 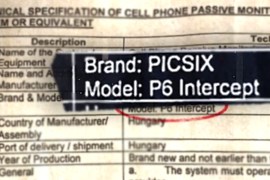 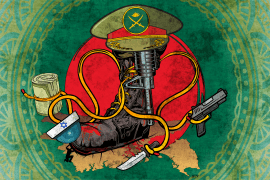 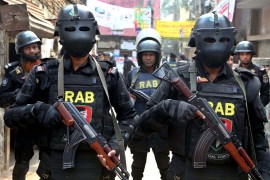