On May 16, an 84-year-old Rwandan by the name of Felicien Kabuga was arrested from a flat in Asnieres-sur-Seine, on the outskirts of Paris.

The Hutu businessman was once one of Rwanda’s wealthiest people. He stands accused of funding militias that massacred at least 800,000 ethnic Tutsis and moderate Hutus during the course of 100 days in 1994.

Kabuga was also a co-founder of Radio Television Libre des Mille Collines (RTLM), a radio station that many believe played a significant role in inciting the genocide. The station regularly referred to Tutsis as “cockroaches” and, once the genocide had begun, broadcast the names of people to be killed and information on where they could be found.

In 1997, the International Criminal Tribunal for Rwanda (ICTR), an international court established by the United Nations Security Council to judge people responsible for the genocide, indicted Kabuga on seven criminal charges including genocide.

But the ICTR, which had been located in Arusha, Tanzania, was closed at the end of 2015. It had concluded 55 cases. After its closure, the ICTR’s responsibilities were transferred to the International Residual Mechanism for Criminal Tribunals (IRMCT).

Bubacar Jallow spoke to Al Jazeera about the significance of Kabuga’s arrest.

Al Jazeera: At what point did you first become aware of Felicien Kabuga?

Al Jazeera: How far were you able to get with your investigation into Kabuga?

Bubacar Jallow: By the time I left the ICTR, we had gone very far. The case had been very well investigated. The indictment had been confirmed. We had witnesses testifying before a single judge as part of the rules for preservation of evidence in case Kabuga was arrested at a time when the witnesses were no longer available, whether because they had died or for some other reason. By 2014, we had referred the case to the new mechanism, the IRMCT.

Al Jazeera: Did you know where Kabuga was?

Bubacar Jallow: We had clear evidence that he left Rwanda after the genocide and had gone to Kenya. We had immigration records to confirm that. His bank accounts in Kenya confirmed that. The evidence showed that he went to Nairobi and he was granted a visa.

We had been advised by the Kenyans that he had left the country at some point. We became aware of this quite late in 2012. But there was no information on where he went and in which direction he had gone.

So we continued to look for him in Kenya and other places such as Europe. We also looked for him in Central Africa.

After 2004, we changed the strategy of the tracking team and we spent a lot of time looking around in countries where we suspected the fugitives could be. Our tracking team went to Kenya many times.

Al Jazeera: Had Kabuga travelled to Kenya under his own name?

Bubacar Jallow: The visa to go to Kenya in 1994 was under his own name. In 1994, many of the Rwandan fugitives did not think it was necessary to change their names. A dozen or more of the accused went to Kenya. We carried out an investigation in Nairobi called Operation NAKI. Many of the fugitives were arrested and transferred to Arusha for trial. It was only Kabuga who escaped arrest at that time.

Al Jazeera: Who else was looking for him?

Bubacar Jallow: The ICTR worked hand in hand with Interpol in tracking the fugitives. It was mainly our tracking team that was working on the case. The tracking team really work very hard. They were on the ground. They develop sources and informers and so on. Its a dangerous, risky business. They remain anonymous of course.

Al Jazeera: Has the ICTR tracking team found other fugitives?

Bubacar Jallow: We indicted 93 accused. All of them had left Rwanda. The tracking team had located all but about six of them. Kabuga was one of two that were still outstanding. The former commander of the presidential guard at the time, Protais Mpiranya, was the other.

Al Jazeera: The United States had put a $5m reward on Kabuga’s head. How did that work?

Bubacar Jallow: It is part of their policy to help the cause of international criminal justice. They set up the Rewards for Justice programme. It was very helpful. It encouraged a lot of people to come forward with information which led to the arrest of many fugitives.

Al Jazeera: How do countries get word that a fugitive might be attempting to flee?

Al Jazeera: Is there an element of unfinished business until all those who have so far evaded capture are caught and brought to justice?

Bubacar Jallow: The ICTR indicted 93 fugitives. Most of them were arrested. The cases were transferred to Rwanda and Rwanda was tasked with tracking them, arresting them and bringing them to justice.

Many of the indicted were tried, including a former prime minister, government ministers, media people and clergy. It was a gallery of very high profile genocidaires that the tribunal tried.

Many of the victims I spoke to, as long as they were aware the perpetrator had been tried, this gave them a sense of satisfaction. So justice is very important in bringing closure to the great tragedies of genocide, although not justice alone of course.

Al Jazeera: Do such trials play a role in an individual’s and a country’s healing process? And, if so, what role do you feel they play?

Bubacar Jallow: In addition to the process of justice, you need other elements such as healing in the community to bring closure.

Al Jazeera: Could you share any key moments from your time as a prosecutor?

Bubacar Jallow: I visited the technical college in Murambi in Gikongoro district. It was the site of one of the worst massacres of the genocide. More than 50,000 people who had sought refuge there were killed in the course of about a week.

When I visited – as I did all the major massacre sites in Rwanda – there were at least 30,000 people who had been buried on the grounds. But each of the classrooms were still filled with corpses – dried, shrivelled corpses, young and old, male and female. In some of them, you could still see the holes in their skulls from bullets, machetes and other weapons. It was a terrible moment.

I also visited the church at Nyamata and saw similar things. There was blood on the walls. There were no remains but there were clothes and articles belonging to people who had been massacred. There were many such bad moments.

There were also good moments when we saw evidence of many Hutus risking their lives in order to save Tutsis.

We also had evidence that the Muslim community stood up against the genocide. They actually stood outside the mosques and protected all Tutsi refugees who sought sanctuary inside, irrespective of their religion. That is why there were so few, if any at all, killings of Tutsis carried out in the mosques of Rwanda. Those were good moments.

I also saw good moments when Tutsi survivors, people who had lost families, were able to forgive perpetrators. This brought out the best in human beings.

This interview was edited for clarity and brevity. 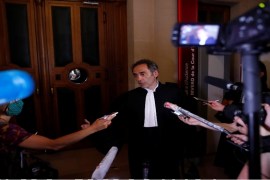 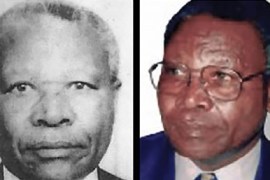 It will set out legal process before passing case to investigative judges deciding whether to hand him over to UN court. 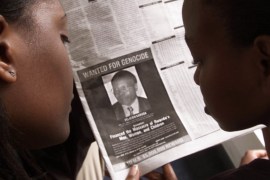 Rwanda’s most-wanted man was living under a false identity in a flat outside Paris, French justice ministry says.