Some Qatari nationals have had their hajj plans derailed amid a Saudi-led blockade, which has prevented local companies from making the necessary arrangements for the annual pilgrimage.

Qataris were not banned from performing the hajj, but companies that organise hajj trips have encountered other limitations, including restrictions on flights from Qatar and difficulties in securing accommodation and transportation within Saudi Arabia.

“It’s a multi-angled issue. On the one hand, Saudi officials were not making it easier for the companies to prepare for hajj, and on the other hand, Saudi companies that provide services for hajj – such as accommodations – were reluctant to work with the Qatari hajj companies, fearing retaliation in light of the sympathy laws that were passed,” Saad al-Abdullah, a representative for Qatar’s National Human Rights Committee (NHRC), told Al Jazeera, referring to newly passed legislation criminalising public displays of sympathy for Qatar.

Most pilgrims from Qatar sign up with a hajj company that takes care of their accommodation, food and transport within Saudi Arabia for the duration of their pilgrimage.

The NHRC and the UK-based Arab Organisation for Human Rights (AOHR) have released statements asking for the facilitation of hajj preparations within Saudi Arabia.

AOHR pointed out that despite allowing Iran to establish consular services for the duration of the hajj, Saudi did not extend the same offer to Qatar.

“The rituals of hajj are not easy. There has to be cooperation between the Awqaf [Qatar’s ministry of religious affairs and endowment] and the hajj ministry in Saudi,” Qatari journalist Khalid Jassim noted in a recent video. “There isn’t even a consulate or embassy to help gain clearance to prepare for pilgrimage or even ensure the safety of Qatari pilgrims.”

Hatem al-Mansoori, the owner of a Qatari hajj company, told Al Jazeera that there would be no way to salvage the situation this year.

“Even if the sanctions are lifted, it’s too late to take anyone to hajj this year, since preparations have to be made in advance,” he said.

Saudi authorities have stipulated that only two airports will welcome Qatari pilgrims this year, and they must fly in via Doha, making the process even more difficult for Qataris living abroad, said the NHRC, which has filed a formal complaint with the United Nations.

While the Saudi measures do not necessarily infringe on Qataris’ freedom to practise their religion, said Carl Buckley, a legal adviser for AOHR, “they are, however, being prevented – if the ban holds – from fulfilling an essential element of that”.

Saudi, meanwhile, has dismissed the issue, with Foreign Minister Adel al-Jubeir noting: “We reject attempts by Qatar to politicise the issue and consider it disrespect to the hajj and pilgrims.” In response, Qatar’s foreign minister, Sheikh Mohammed bin Abdulrahman Al Thani, said: “Qatar did not politicise hajj, but sadly Saudi has made it a political issue.” 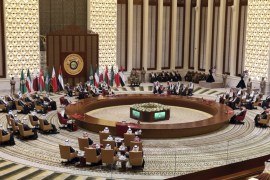 Will the GCC crisis be resolved soon?

Statements by Qatar’s Sheikh Tamim and UAE and US officials signal a potential resolution of the crisis. 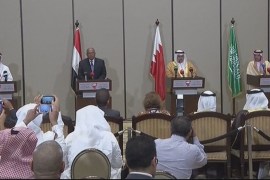