Medellin, Colombia –  Twelve-year-old Valeria was selling gum and candy on the streets one day, in her small town in Colombia, when a young man in a camouflage uniform flashed her a smile.

The man was a member of the Revolutionary Armed Forces of Colombia (FARC), the country’s largest armed rebel group. He caught Valeria’s attention with his charm, good looks and commanding presence. Valeria became infatuated with the handsome fighter, and in her youthful naivety, she imagined that joining FARC would bring her prestige, money and her own Prince Charming – which she would not find roaming the streets with a box of candy.

“When you are a kid, money and material things are attractive to you. They promise kids things that they never give them,” said Valeria, now 29, whose name has been changed to protect her identity. “I joined by choice, but I didn’t stay voluntarily. They forced me to stay.”

Valeria never saw the handsome fighter again, so she suspects his kindness had been a recruitment tool. But by the time she realised this, she had become an official member of FARC. Death was the known punishment for anyone caught trying to desert.

About 300,000 children are believed to fight in armed conflict around the world. In Colombia, an estimated 18,000 children were part of paramilitary and guerrilla forces from 2008-12, according to the report ” Lambs Among Wolves “by Colombian researcher Natalia Springer.

The study found that more than 80 percent of them join willingly, like Valeria, but are usually influenced by societal and economic pressures. Most child soldiers come from poor, marginalised communities and join in the hope of securing physical and financial safety.

Recruiting child soldiers is illegal under international human rights law, and in 2005 Colombia ratified an international treaty forbidding the use of soldiers under the age of 18 in state and non-state armed groups, with few exceptions.

During peace talks with the Colombian government that began in November 2012, FARC pledged to stop child recruitment. The negotiations will now extend past the original March 23 deadline, to provide more time for both sides to agree on acceptable terms of disarmament, and accountability for crimes like child recruitment remains a key issue.

“Unfortunately, the practice continues because there are a lot of groups that believe it is more beneficial to use child soldiers than to stop,”said Jo Becker, advocacy director of the children’s rights division at Human Rights Watch.

Becker explained that possible repercussions for armed groups that recruit minors include international shaming and sanctions, travel bans and asset seizures for individual commanders, or prosecution in national or international court.

‘I didn’t have a childhood’

But for armed groups like FARC, where child soldiers make up a significant portion of their ranks, their use is often worth the risks. More than 50 percent of adult members of FARC joined when they were minors, according to the Lambs Among Wolves report.

Valeria estimates that  a third of the members of her 50-person squadron were under 18.

Armed groups often use manipulation and intimidation tactics to indoctrinate child soldiers, according to Federica D’Alessandra, a researcher at Harvard’s Carr Centre for Human Rights Policy. This includes physical abuse, threats and isolation.

Child soldiers are cut off from their families, live in fear of harsh punishments and witness brutal crimes meant to desensitise them to violence.

At the age of 12, Valeria was sent on her first battle against paramilitary forces, a day that still haunts her memory. After bombing their enemies, Valeria’s comrades used their heads as toys, bouncing and passing them around. This was just one instance of brutal violence that Valeria said she witnessed in her four years as a FARC fighter.

During that time, Valeria was never allowed to see her family. She managed to sneak off once during a military drill near her parents’ house, but her commanders found her five minutes later. Her parents cried and pleaded for the commanders to release their daughter, who was 14 at that time, but the commanders refused.

The failed visit broke Valeria’s spirit. She cried herself to sleep every night, and completed her daily tasks with zombie-like enthusiasm.

Her behaviour was “demoralised”, a euphemistic death sentence for adult and child soldiers alike. Losing the will to fight is an infraction under FARC’s internal justice system, and carries the potential punishment of death by firing squad.

“As a child, your mind is more vulnerable and you have a different way of thinking,” Valeria said of adapting to guerrilla life. “[Becoming demoralised] doesn’t happen as much to the adults, because they are used to being there and living without their families.”

Young girls like Valeria are vulnerable to sexual assault, although FARC internal policy strictly forbids it. That did not stop a 40-year-old officer from entering Valeria’s tent one night and pulling down her pants.

A firm kick sent him out of her tent, and she threatened to scream to wake up the whole camp. The attempted assault is just one of the many experiences that left Valeria traumatised, even years after demobilising.

In the coming months, Colombia’s focus will shift to what happens after 50 years of conflict between FARC and the state, as an estimated 8,000 rebels leave the jungle to return home or find work in Colombian cities.

Joining an armed conflict as a child has long-term psychological effects that make re-integration even more difficult, according to D’Alessandra. Former child soldiers are more likely to experience post-traumatic stress disorder, depression and anxiety. Many child soldiers have severed relationships with their parents, siblings and friends, and these ties can be nearly impossible to repair.

“When [child soldiers] return to civilian life, they need to undergo a lot of work to unwire the damage that has been done to them during combat. That’s why rehabilitation is so important,” D’Alessandra said.

The Colombian Institute for Family Wellbeing and the Colombian Agency for Reintegration both provide psychological care, educational opportunities and work training for demobilised fighters. Since escaping from the FARC encampment, Valeria has been able to reconnect with her parents, return to school and start a family of her own. She is now married with two children, ages four and 10.

“Justice is important to me because I think about the children. I know that there are still tons of children there [fighting with FARC],” said Valeria. “Now that I have kids, I do everything for them so that they don’t have to do what I did when I was young.”

Although Valeria may never fully recover from the trauma she experienced, psychological services and a strong support system have helped her move forward. Now Colombia must move forward as well.

“If people have committed war crimes, then they should be investigated and prosecuted,” said Becker. “One of the reason [the use of child soldiers] continues is because those who are responsible are not held accountable.”

READ MORE: Why ending Colombia’s war will not be cheap for the US 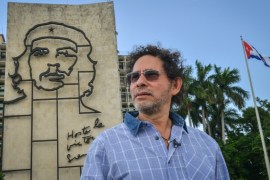 FARC demands strong gestures to avoid another half-century of conflict, as government warns relations at a critical low. 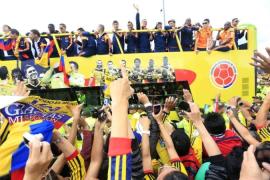 Colombia is leaving behind its painful history of drug trafficking.