One month before the vote, and down in nearly every national poll, Donald Trump keeps telling his followers this election is “rigged”.

While he offers no evidence, a new poll indicates that half his supporters have little or no confidence that the election will be conducted fairly.

So he’s asking volunteers to act as election “observers” to look out for fraud.

Meanwhile, 16 states now demand photo identification from voters, like my own battleground state of Virginia, where a Republican legislature has adopted that requirement for the first time in a presidential election.

But a study found only 31 credible incidents of voter impersonation – the only category of fraud that photo ID could possibly prevent – over a 14-year period with over a billion votes cast.

Far more daunting is the prospect that this election may be marred by the biggest challenge to the integrity of the voting process – a further breakdown in the accurate counting of legitimate ballots.

That failing in the infamous election of 2000 – when Florida’s badly flawed counting process likely cost Al Gore the presidency – prompted the federal government to step in.

Congress gave the 50 states more than $4bn to upgrade their election machinery, but the results have been uneven.

Elections in the US are administered by more than 8,000 jurisdictions, using widely varying rules and mostly carried out by volunteers with little professional training.

Election authorities used much of the money to buy digital touch-screen voting machines which may have enriched their manufacturers but confounded cybersecurity experts.

For one thing, the machines were often connected by wi-fi that is notoriously easy to hack.

In Virginia’s case, it has taken more than a decade to outlaw touch-screen machines, gradually replacing them with more reliable and secure optical scan devices.

Yet even these pose problems, according to a group of researchers led by Princeton University computer science professor Andrew Appel.

He recently told a congressional committee the machines are vulnerable to hackers who could attack the voter registration databases, erasing voter names, or even infect the basic ballot software.

Installing a “vote-stealing programme in a voting machine takes seven minutes per machine with a screwdriver,” he said.

That kind of potential corruption may have already been realised.

Hackers this year have targeted registration rolls in Illinois and possibly Arizona.

And in Memphis, Tennessee, last October, hundreds of votes cast in key precincts evaporated into thin air, in some cases, determining the outcome of local races.

What would greatly reduce the risk? Good old paper trails.

But in more than a dozen states, including swing states Pennsylvania and Virginia, there are machines with no paper back-up records that could be checked against the computer tallies.

Meanwhile, the machines get older and less reliable while confidence in local election administrations erodes from strained budgets.

Another reason for lesser confidence in the system: shortages of election personnel which translate into long queues on voting days.

Those Americans who consider the integrity of their voting process still superior to other nations would be discouraged by the rating it has been given by the Election Integrity Project based at Harvard University.

Looking at the 2012 presidential and 2014 congressional elections, it ranked the US as the world’s worst long-established democracy when it comes to campaign finance and electoral registration.

So, even if America’s cybersecurity could be guaranteed against the threat of Russian hackers, it would take a lot more fixes to restore confidence in its voting system. 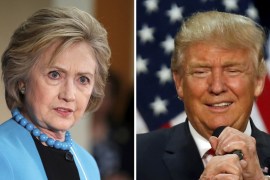 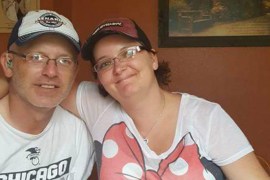