The Prevention of Electronic Crimes Act (PECA) 2015 has been passed by a National Assembly standing committee and is now to be debated in parliament before possible passage into law.

Rights groups say it would legalise state censorship of the internet, limit the freedom of citizens to criticise public figures online, and make user surveillance a legal obligation for all internet service providers.

Pakistan already censors the internet – mainly for content deemed anti-Islam or anti-government, as well as pornographic – but there is currently no law outlining how it’s to be done, by whom, and there are no oversight provisions.

The majority of the hundreds of thousands of websites monitored involve pornography, but many are also censored for content deemed against loosely defined principles of public morality or national interest.

These include websites and social media accounts that document rights abuses in restive Balochistan province, as well as those that question the country’s powerful military and Muslim clergy.

Pakistan blocked video website YouTube in September 2012 after the release of a trailer for Innocence of Muslims, an amateur film that sparked angry protests by Muslims around the world, including in Pakistan.

The site remains blocked as lawmakers have spent the last three years attempting to secure cooperation from organisations such as YouTube, Facebook, and others to censor specific content in Pakistan on government orders.

The PECA bill would authorise state censorship of the internet “if it considers it necessary in the interest of the glory of Islam or the integrity, security or defence of Pakistan”. The bill does not define what constitutes such violations, however.

“Having terms like ‘immoral’, ‘indecent’, ‘objectionable’ – what do these mean? Your concept of morality may be very different from mine,” said Jehan Ara, president of the Pakistan Software Houses Association (P@SHA).

“Everyone has their own sense of what is morally right, how can you have something like that in the law, unless you define it… But they haven’t, they’ve done it so that they can use [the law] in any way they want.”

With such haphazard controls, technology entrepreneurs say the space for business will shrink with the new law.

“The nature of the new ‘Cyber Crime Bill’ in Pakistan threatens the free flow of ideas and exchange that is essential to the success of technology start-ups and entrepreneurs in the country,” said Kalsoom Lakhani, who leads technology startup incubator Invest2Innovate.

“It could also curb how these digital entrepreneurs can access and serve their customers, and thereby impact the growth of these companies.”

The bill also includes a section on the “dignity of natural person”, where it criminalises the sharing of false information online that “is likely to harm or intimidate the reputation or privacy of a [person]”, making it punishable by up to three years in prison and a fine of one million Pakistani rupees ($9,800).

Another section on “spoofing” makes it a criminal offence to operate online accounts on social media or elsewhere in someone else’s name, with no mention of the intention to commit fraud, as is present in electronic crime laws of other countries.

Rights activists say these provisions have been kept in place specifically to target satire and other criticism of political leaders, the military, and the state in general.

“If someone puts up a Pakistani version of The Onion, they can be prosecuted,” said Saleem.

Industry leaders have also expressed concerns over the surveillance and user-data retention clauses in the bill, saying both are extensive and unfeasible.

One section requires internet service providers to retain all user data for a year, so it can be made available to law enforcement agencies if required.

An estimated 25 million internet users are in Pakistan, according to the Internet Service Providers Association of Pakistan.

“From a business perspective, if they have the right to come and pick up data, or to take away my equipment if they suspect that I might have something that they consider suspicious, then why would any companies give me business or access to their data?” said Ara.

Others cite concerns over the criteria under which the government can demand user data be shared. “There are also multiple issues with privacy,” said Madiha Latif, a Karachi-based digital rights researcher.

A section of the legislation also authorises the government to share user data with “any foreign government, 24×7 network, any foreign agency or any international organisation or agency”, without defining those entities.

This bill, say rights activists, appears to be part of a concerted push since 2013 to restrict civil liberties through new legislation.

“I think it’s a nexus: the Protection of Pakistan Act, the Investigation for Fair Trial Act, and now this. It’s not even like you’re criminalising speech once – you have criminalised it over and over again, offline and online, with these three laws.”

The country’s information technology ministry told Al Jazeera that substantial changes were made to the draft bill the ministry had submitted that removed safeguards and definitions.

“The things that have been added to the bill were added by the committee in light of the National Action Plan,” said Sagheer Wattoo, spokesman for the IT ministry, referring to the government’s counterterrorism plan formulated after the attack on a Peshawar school in December 2014.

“Why did they do so, that is a question to ask them.”

Industry leaders from bodies such as ISPAK, P@SHA and others say they were frozen out of the drafting of the final bill, after more than a year of consultations on what should be included.

‘Everything can be criminalised’

The new bill is part of a wave of new cyber-crime legislation and concerns over digital surveillance across the world, said Jillian York, director of the Electronic Frontier Foundation (EFF) digital rights group.

“Unfortunately it’s part of a larger global trend – bills that criminalise actions that take place online more severely than those that take place offline. The thing is crime is crime. Libel is libel, theft is theft, and it doesn’t make sense to create new laws for actions just because they take place on the internet,” York told Al Jazeera.

On May 2, Muhammad Safdar, chairman of the Pakistani government standing committee on IT, responded to widespread criticism of the bill by appearing to soften the government’s position, saying he was open to suggestions.

Rights advocates and industry leaders, however, say they remain sceptical.

“They’re trying to stop people from actually communicating,” said Ara. “Because you chill out, you vent – whether it’s on Twitter [or] Facebook – you make fun of your friends, you have memes. So now everything can be criminalised.” 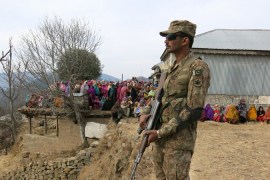 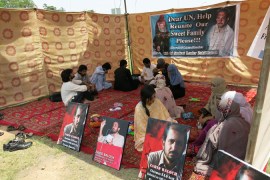 Activists worry that the Protection of Pakistan Act will be used to justify security forces’ excesses. 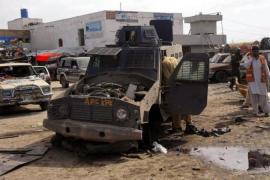 Compared to the US Patriot Act by critics, some believe Pakistan law will foster more impunity.