Glasgow, United Kingdom – They are the sexual abuse scandals that have not only rocked the British public – but the Establishment itself.

Involving some of Britain’s best-loved entertainers, it all began in 2012 with revelations surrounding the private life of late children’s TV presenter, DJ and charity fundraiser, Sir Jimmy Savile. Today, with other public figures either serving time for abuse or implicated in emerging cases, the country remains shocked by a past that has left many wondering what more is to come.

These included the likes of celebrity publicist Max Clifford, who was jailed for eight years for a string of indecent assaults against girls and young women, and Australian-born Rolf Harris, a singer, painter and veteran children’s entertainer, who was given five years and nine months for 12 indecent assaults on four girls.

But, it was the allegations involving Savile, who, after his death in 2011 at age 84, was found by a series of major investigations to have carried out multiple sex attacks over decades, that put the notorious crime of sexual abuse at the forefront of British public life.

“We’ve always known that the scale of sexual abuse, particularly of children – but all types of abuse – in the UK is absolutely massive,” said Dr Jon Bird, operations manager for the National Association for People Abused in Childhood.

“The watershed moment was the Savile revelations in 2012. And that took even us by surprise – the scale of Savile’s offending. But since then, people have started to take the issue seriously – because in the past, the problem that we always had was just being believed.”

Bird, who was himself abused as a child, told Al Jazeera the wider impact of the revelations surrounding Savile’s sex offending has been tangible.

“Over the past two-plus years, there’s been a huge increase in reporting to police and a huge increase in people contacting us on our support line,” said Bird. He said an Office for National Statistics report revealed a 22 percent increase in sexual offences over the past year in England and Wales, which reflects a greater willingness among victims to come forward to report attacks.

“And, it’s all types of abuse. But, the important thing that we always try to reinforce is the vast majority of sexual abuse occurs in the home… And those people have now realised that perhaps they did try to speak out in the past – and for many people they’ve never spoken about it – but now know they’re going to be taken seriously.”

For many observers, the Savile affair not only shocked in terms of the scale of abuse – but also in bringing a spotlight on the British institutions that found themselves at the centre of the scandal.

A TV personality whose career spanned some 40 years, Savile wielded enormous power, not just at the BBC where he made his name, but also in some of Britain’s National Health Service (NHS) hospitals where, investigators say, he used his celebrity status to gain unrestricted access to vulnerable patients.

“What was remarkable about the Savile scandal was that it didn’t break sooner,” Professor Chris Greer, head of the sociology department at City University London, told Al Jazeera.

Greer, who co-wrote a 2013 academic paper, The Sir Jimmy Savile scandal: Child sexual abuse and institutional denial at the BBC, said it was the 2012 ITV documentary on Savile’s offending “that set the agenda”.

“Then the press followed, having been silent on Savile for decades,” Greer said.

“There were occasional pieces positioned in the press [in the past] about suspicions around Savile but he was an incredibly powerful and influential figure. The available evidence suggests that he regularly threatened journalists with libel, and within the BBC we now know that he was almost untouchable.”

Westminster, too, has also been implicated in Britain’s string of sexual abuse scandals. The full extent of the serial offending by Cyril Smith, the larger-than-life politician who died in 2010, was only recently publicly revealed by police, leading to accusations of a cover-up.

Abuse was rife then. But there was a collective denial. And there was an institutional denial.

Complicity from the law?

“We know that he was investigated in the 1950s, when police were monitoring boys going into the back of his newsagent, and he was still being investigated in 1999 under Operation Cleopatra, which looked into the abuse of boys at Knowl View school where Cyril was a governor,” Baker said.

“How he managed to escape justice and continue to abuse boys when he was investigated for over 40 years is astonishing.”

The case of footballer Ched Evans also gained traction this year as he attempted to resume his career after serving a prison sentence for raping a young woman in a hotel room.

Evans maintains his innocence, and while some thought he should be allowed to resurrect his footballing life, many sections of British society were steadfastly opposed, emphasising his position as a role model for young people.

“What I found surprising was there were quite a few football clubs that actually thought it was feasible to employ a convicted rapist and that there wouldn’t be a backlash,” Sandy Brindley, the national coordinator of Rape Crisis Scotland, told Al Jazeera.

“What was encouraging was the public reaction … and that was one of the real positives about this case – that there were so many people who were willing to stand up and speak for victims of rape.” The additional scandal of child abuse in the English town of Rotherham, where 1,400 children were subjected to horrifying sexual exploitation between 1997 and 2013, continues to send shockwaves.

But the overriding name on many people’s lips remains Savile. Feted by the great and the good on his death, Savile is today a monster, and, for Greer, the Savile scandal and its ongoing repercussions are leading “to a rewriting of post-war British history”.

“He demonstrated how to succeed in an aspirational post-war culture, and by raising tens of millions [of pounds] for charity he symbolised the best of altruistic British society. And, much of that has proved to be fallacy because Savile was abusing with impunity within the BBC and it seems that people at the BBC knew about that and nobody stopped him.

“Abuse was rife then. But there was a collective denial. And, there was an institutional denial.”

A BBC spokesperson told Al Jazeera an external review is under way.

“Today’s BBC has appropriate safeguards in place to protect children and young people,” the spokesperson said, adding “an impartial and independent investigation into the historic culture and practices of the BBC” is being conducted, “which will identify lessons to be learned from the Savile period”. 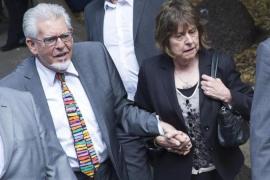 Australian-born Rolf Harris faces prospect of spending rest of his life behind bars for sexual abuse of young girls. 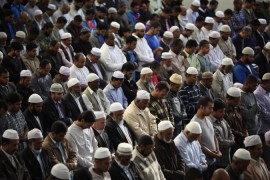 Shocking investigation lifts the lid on sexual exploitation of Asian and Muslim girls in Britain. 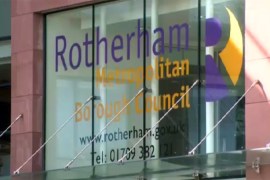 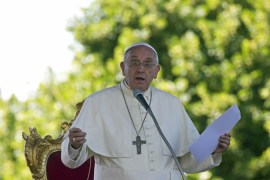