Brazilian assets tumbled on Tuesday, leading losses across the globe, on reports the government will breach the country’s spending cap rule to finance a new social program, hurting the fiscal position of Latin America’s largest economy.

The new aid program to the poorest, dubbed Auxilio Brasil, will give handouts of as much as 400 reais ($72) per individual, according to people with knowledge of the matter. That amount is higher than the economic team had said was possible, which should mean about 30 billion reais of the new expenses will bypass Brazil’s spending cap rule this year, one of the people said, asking not to be named because discussions are private.

The real fell 0.8%, the sole decliner among major currencies, while the Ibovespa stock gauge slumped 2.5% and swap rates spiked.

Economy Minister Paulo Guedes had been trying to avoid any expenditures outside the fiscal rule, proposing to keep the amount paid at a maximum 300 reais. But with President Jair Bolsonaro pushing for more money, the compromise was to breach the spending cap only temporarily while the government finds a permanent source of funding for Auxilio Brasil, and to exclude only part of the expenses from the cap, the people said. 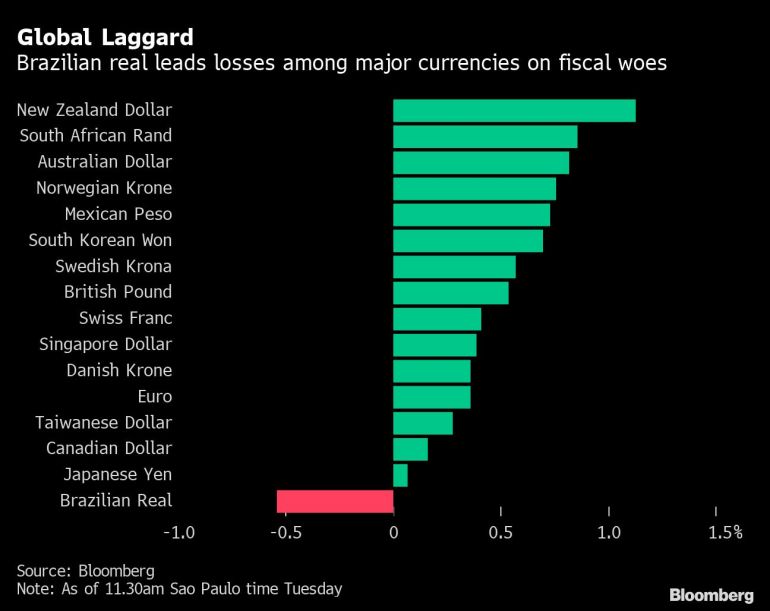 “The government really doesn’t have the space” to proceed with further spending, said Delphine Arrighi, the head of emerging market debt at GuardCap Asset Management in London. “The cost of a much weaker currency and much higher interest rates would certainly offset the small short term relief that it would otherwise provide to the population.”

Veja magazine said Bolsonaro will likely officially announce his new flagship social program this afternoon. The revamped social program could be a political boon to the president, who has seen his popularity slide to record lows and is up for re-election in 2022.

An uncontrolled fiscal deterioration had been cited as one of the biggest tail risks for Brazil in Bank of America Corp.’s previous surveys of Latin American fund managers. The spending cap rule, in place since 2017, is seen by investors as one of the key pillars of fiscal policy, keeping government finances from derailing by limiting spending growth to the inflation rate of the previous year.

The government is racing against time to decide how to finance the new social aid as emergency payments handed out during the pandemic expire this month. The Economy Ministry’s original plan was to replace it with Auxilio Brasil, paying the same amount per worker. But that still depends on the approval of two bills in congress, one that sets yearly limits to court-ordered payments, known as precatorios, and opens budget space for more social spending, and the income tax reform, which would provide long-term financing for a more structural solution.

The delays have fueled concerned among politicians of leaving the poorest without assistance, especially with annual inflation surging above 10% and affecting fuel and food prices. On Monday, Lower house Speaker Arthur Lira shrugged off the importance of complying with fiscal rules, telling local media it is difficult to justify breaking the ceiling for court-ordered payments and not for a social program. 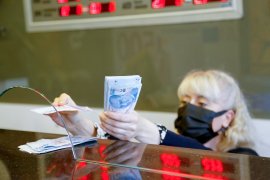 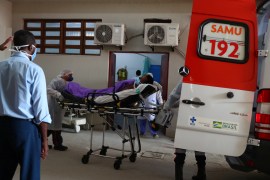 President Bolsonaro continues to face widespread criticism and anger over his government’s handling of the pandemic. 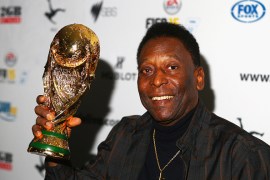 The 80-year-old was hospitalised again due to respiratory problems days after surgery for suspected colon tumour. 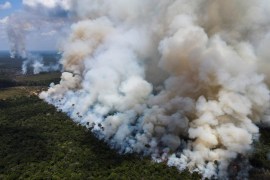