Stark evidence of the damage the resurgent viral outbreak has caused the United States economy could come Friday when the government is expected to report that the pace of hiring has slowed significantly after a brief rebound in earlier months.

As the coronavirus continues to transform a vast swath of the economy, it is becoming evident that millions of Americans face the prospect of a permanent job loss that will force some to seek work with new industries or in new occupations. If so, that would lead to a slower recovery in the job market than if restaurants, hotels, bars and retail shops were able to fully reopen and recall all their laid-off employees. Few expect that to happen.

On Friday, economists expect the government to report that employers added 1.6 million jobs in July, according to data provider FactSet, and that the unemployment rate declined from 11.1 percent to a still-high 10.5 percent. At any other time, a million or more jobs would constitute an unheard-of increase. But July’s expected gain would fall way short of June’s 4.8 million increase and would signal that hiring has sharply slowed. It would also mean that the economy has regained barely 40 percent of the jobs that fell to the coronavirus.

The pandemic has lasted far longer than most Americans expected, with likely profound consequences for the economy. Traditional retail stores will probably never regain their pre-pandemic levels of sales or employment as consumers increasingly turn to internet purchases. Online healthcare will likely eliminate some doctors’ office jobs. And online videoconferencing will replace some portion of business travel. Those changes alone could destroy millions of jobs.

Michelle Holder, a labour economist at John Jay College, said it is unlikely that many retail workers and others whose jobs are gone for good will find work this year, given that the viral outbreak will hold back hiring until a vaccine is widely available.

“It’s definitely going to be a drag on the economy,” she said.

Steven Davis, an economist at the University of Chicago, estimated that even after the virus has been brought under control, the proportion of people working from home will triple compared with pre-pandemic levels. That could result in the shuttering of many restaurants, coffee shops and other downtown businesses.

The real estate data firm Zillow said last week that most of its 5,400 employees will now be allowed to work from home indefinitely.

“This recession is unusual in the extent of permanent [job] reallocation that will ultimately result,” Davis said.

He and two co-authors have estimated that up to 40 percent of layoffs in March through May were permanent. That figure will likely rise, he said, the longer the pandemic squeezes the economy.

“We’re kind of past the stage where we’re quickly recalling workers to their old jobs,” Davis said, “and getting to the stage that people will need to get new jobs at new companies or in new industries.”

It is a trend that points to a grinding, sluggish recovery.

Allegra Troiano initially thought her layoff in May from a company that provides English language instruction would last only until the new school year began. But as the months have gone by and with few school systems fully reopening, the company – ELS Language Centers – has made clear that is not the case. Just 10 of the 30 centres it operated before the pandemic have reopened, not including the one in Milwaukee, which Troiano managed.

Troiano has tried to look for other jobs. But at 64 and with an autoimmune disease, she is reluctant to take work that would require public interaction. She also fears that her age makes a job hunt more difficult.

“I am feeling that this is the end of my career,” she said. “The fortunate thing is I go on Medicare this January.”

Many other companies are giving up and closing their doors. Dunkin’ Donuts said last week that it would close 800 stores this year, about 8 percent of its total. Lord & Taylor, America’s oldest retailer, and the parent company of Men’s Wearhouse and Jos. A. Bank both said Monday that they would file for bankruptcy protection. Last month, Brooks Brothers, another men’s chain deeply hurt by the decline in formal business clothes, sought bankruptcy protection. 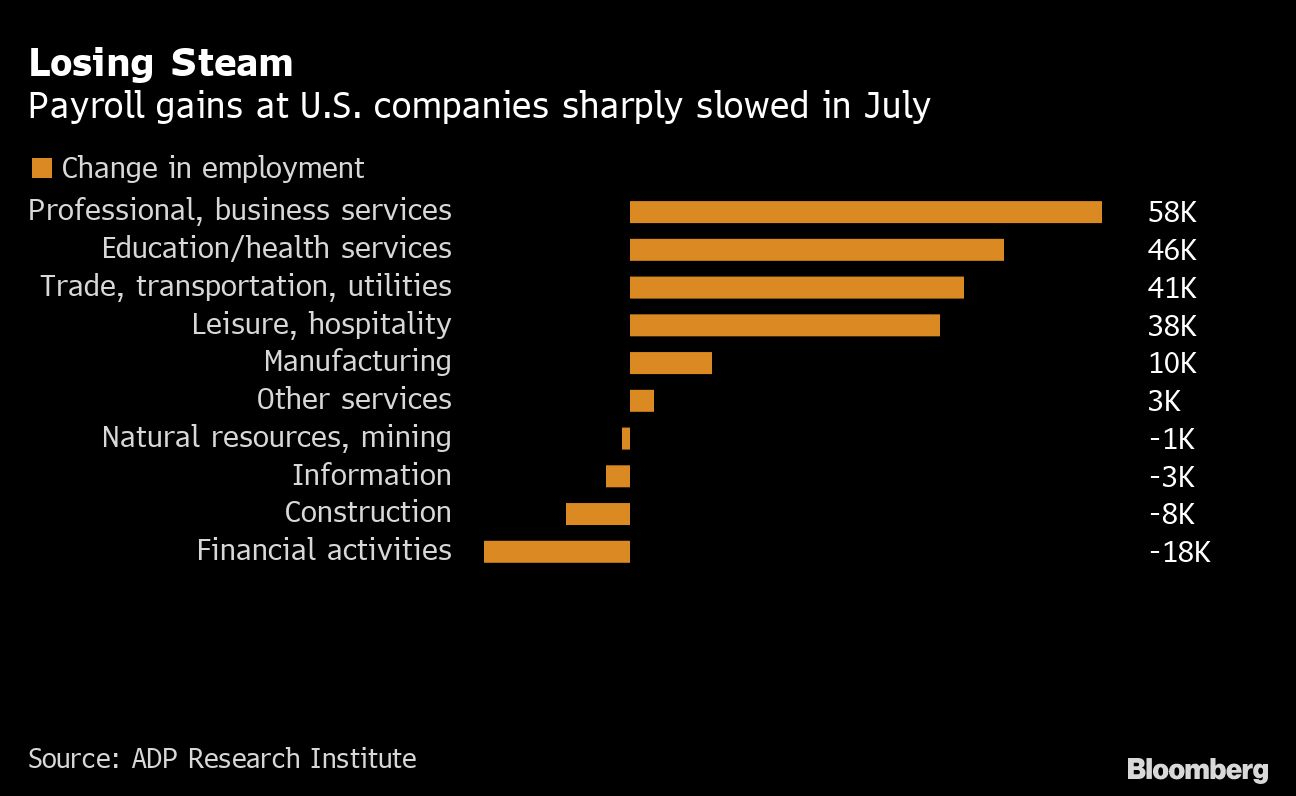 One-third of bars and lounges have permanently closed nationwide, up from about one-quarter in late June, according to the small business data analysis firm Womply. So have one-fifth of restaurants and 12 percent of retailers.

The Partnership for New York City, a business group, projects that one-third of the city’s small businesses will close for good. In California, mass layoff notices filed with the state now show that about half the job cuts are permanent, up from 17 percent in May.

And a survey by The Associated Press-NORC Center for Public Affairs Research in July found that nearly half of those who have lost jobs during the pandemic said those jobs are gone for good. By contrast, in April, 78 percent had thought their layoffs would prove only temporary.

I am feeling that this is the end of my career.

by Allegra Troiano, 64, was laid off in May

Business shutdowns have fallen disproportionately on Black-owned businesses, which are more than twice as likely to close as white-owned small companies, according to a report from the New York Federal Reserve. Black-owned business are more often located in coronavirus hotspots and are in service industries like restaurants and retail that have been hit hardest by the outbreak, the New York Fed said.

Looking towards Friday’s report, researchers at the St Louis Federal Reserve have analysed data from Homebase, a provider of scheduling software to small businesses, and concluded that job growth weakened in July compared with June. Hiring has slowed much more in states with heavy viral outbreaks, including Arizona, Florida, and Texas, they said.

Jane Oates, a former Labor Department official who is president of the nonprofit WorkingNation, said widespread school closings in the coming months could also depress job gains in future months because some parents will have to quit jobs to watch their children.

“I worry about what that means for women, who are most often in that role,” Oates said. “That’s going to be disruptive.”