German Chancellor Angela Merkel has won a major vote in the Bundestag after deputies approved new powers for the European Union’s bailout fund.

The vote in the lower house on expanding the $599bn bailout fund had been seen as a crucial test of Merkel’s authority amid fears of a major backbench rebellion.

Among the 611 deputies present, 523 approved the measure, 85 voted against it and three abstained.

Only 15 deputies from her centre-right coalition voted against the measure or abstained after threats of a major backbench rebellion which would have  delivered a stinging blow to her political authority.

Traders and European partners had been on tenterhooks before the vote as Germany, the eurozone paymaster, became the 11th country among the 17 using the euro to agree to boost the scope and size of the fund, called the EFSF.

Most European and US stock markets rose on Thursday in response to the Bundestag vote.

Opening the lively, at times fraught debate on Thursday, Volker Kauder, who heads Merkel’s parliamentary group of conservatives, said it was a pivotal moment in the spiralling eurozone debt crisis.

It had been predicted Merkel might need the support of the centre-left opposition to pass the bill.

Earlier, her own party, the Christian Democrats (CDU) and their allies had been pressuring a handful of dissidents to get in line.

Before the vote took place, the CDU second-in-command Hermann Groehe, said “We are working to convince people.”

He said “it will be close” but the government would not put itself in the humiliating position of depending on the Social Democrats and Greens.

Lisa Paus, a member of the Green Party, told Al Jazeera that the opposition supported Merkel in spite of the large public dissent against the move because the bailout is necessary.

“They say almost 70 per cent of Germans said, ‘do not vote for this, say no’. We said yes because we know it’s necessary,” Paus said.

“It is necessary now to do this but we also know it is not sufficient.”

She said people are not behind the bailout fund because Merkel is “just running after the markets” and has not explained “what is happening to the people”.

“What is necessary now is to have a chancellor who tells the whole story, who tells what had already happened during the last 1.5 years,” Paus said.

“If she doesn’t do that, then it’s true what the people are afraid of – that these 211bn euros Germany is guaranteeing, will really go bust.

“What we need is a sustainable strategy which looks to the future and which talks to the markets and tells them what they really want to know [and] where Europe wants to go.”

International auditors from the European Commission, along with those from the European Central Bank and the IMF, began talks with Evangelos Venizelos, the Greek finance minister, on Thursday, reviewing Greece’s attempts to reduce its debt levels.

Sources at Greece’s finance ministry said that the first round of talks were “positive and constructive”, a much warmer commentary than earlier this month when the audit team left Athens abruptly without agreement.

“Greece has sent a very clear and decisive message at an international level that it meets its obligations,” he said.

Eurozone members are in the process of ratifying proposals put forward in July, one of which would see private lenders writing off about 20 per cent of their loans to Greece.

The auditors endorse the country’s latest austerity measures for Athens to receive its latest tranche of bailout funds and meet its debt obligations.

On Wednesday, the EU’s executive proposed a EU wide tax on financial transactions which it said would raise $78bn a year, despite resistance from the UK and national banks across the continent.

The EC proposals for the tax, which would take effect from January 2014, will need unanimous approval from all EU states. 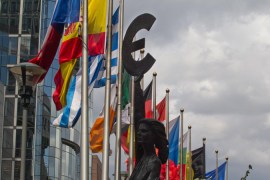 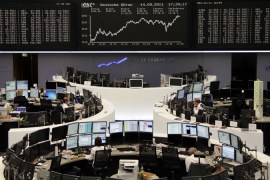 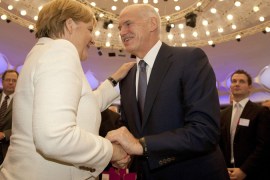 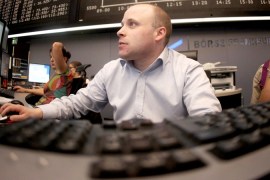