Zahi Hawass, Egypt’s ebullient minister for antiquities, has been sentenced to a year in jail after he refused to implement a court decision in a land dispute.

Hawass, who has reached international acclaim as an Egyptologist, said he would appeal the ruling and told journalists had the court’s decision had not targeted him “personally”.

The sentence will be suspended until the appeal ruling.

Hawass was named antiquities minister last month, but had held the position as head of the Supreme Council of Antiquities under Hosni Mubarak, Egypt’s ousted former president.

Sunday’s court ruling concerned a complaint brought against Hawass when he was Egypt’s antiquities chief under Mubarak. Hawass was ordered to return the land to the plaintiff, but had allegedly refused to do so.

The ruling comes as other ministers who served under Mubarak found themselves the target of separate investigations.

Habib el-Adli, the former interior minister, who is already facing trial on charges of killing protesters and graft, will be tried on the same charges.

The three, along with a German businessman, are accused of illegal profiteering from a deal to import new vehicle number plates.

The deal is thought to have cost the state more than $16m in lost revenue.

Nazif is currently in prison, while Boutrous Ghali is abroad.

Many investors regard Nazif and Boutros-Ghali as the driving forces behind free-market reforms in Egypt that helped boost economic growth to around an annual seven per cent in the three years before the 2008 global economic crisis.

But for many Egyptians, the two were part of Egypt’s corrupt ruling elite and the military – which has governed Egypt since February when pro-democracy protests ousted Mubarak – are keen to show they are committed to holding members of the previous government to account.

The protests, which saw violent clashes between protesters and Mubarak’s loyalists and security forces, left an estimated 800 people dead and more than 6,000 injured.

Mubarak is in hospital in the Red Sea resort of Sharm el-Sheikh, where he fled with his family during the protests that brought the end of his presidency.

Although hospitalised last week following a heart attack, he has been remanded in custody in connection with the shooting of protesters.

His two sons, Alaa and Gamal, are in the Tora prison complex in the capital, and face similar accusations.

Former finance minister Boutros-Ghali is the nephew of Boutros Boutros-Ghali, the former UN chief, and held a senior post in the International Monetary Fund. 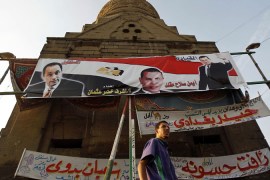 Administrative court orders funds and property of the National Democratic Party to be handed over to the government. 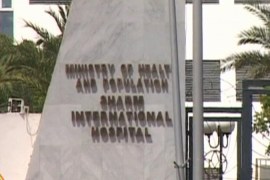 Egypt detains former president and two sons over allegations of corruption and abuse of authority. 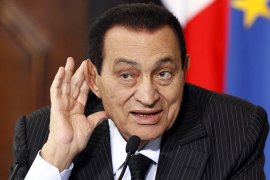