Boris Yeltsin became Russia’s first president and democratically-elected leader in 1991. The darling of the West, to many he appeared as a revolutionary who had brought freedom to the world’s largest nation after 70 years of communist dictatorship.

Yet by the time he left office he was deeply unpopular, having disappointed both his people and his Western backers.

From humble beginnings in the Siberian countryside, Yeltsin rose through the ranks of his local Communist party, and became regional chief of Sverdlovsk (modern-day Yekaterinburg) in 1976.

He soon gained a reputation as a reformer, willing to challenge Soviet orthodoxy and introduce some degree of accountability.

In 1985 he brought his flair as a populist to the Soviet capital as mayor of Moscow.

Initially a supporter of Gorbachev’s perestroika policy, Yeltsin became increasingly outspoken, eventually breaking with the party entirely, and establishing his own power base.

Yeltsin played a key role in the dissolution of the Soviet Union, but as president, he soon squandered his once immense popularity, presiding over a traumatic period of economic collapse, widespread corruption, and war in Chechnya.

He used the rhetoric of democracy when it suited his aims, but soon took on the more autocratic style of leadership familiar from the Soviet period.

The pressures of power took a clear physical toll on Yeltsin. He became notorious for his alleged alcoholism and increasingly eccentric public behaviour.

After leaving office voluntarily in 1999, he largely withdrew from public life – a sad and broken figure to many.

Al Jazeera explores the trajectory of the life of this deeply divisive leader through those who knew him personally – including schoolmates, colleagues and political rivals.

I Knew Boris Yeltsin was first broadcast on Al Jazeera English in 2008. 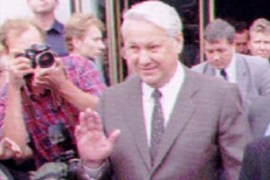 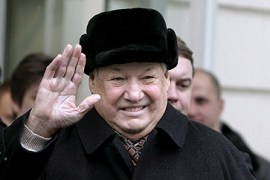 The legacy of Boris Yeltsin

Inside Story looks at the legacy of the former Russian president. 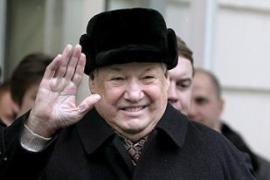 Yeltsin to lie in state in Moscow

Body to be displayed in Church of Christ the Saviour ahead of funeral on Wednesday. 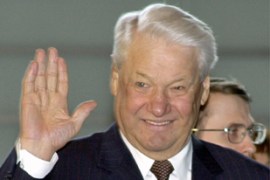