The second day of the World Cup 2022 knockout phase will pit two-time champions and holders France against Poland.

Who: France vs Poland

Prediction: At 74 percent, Kashef strongly favours defending champions France to win and move on to the quarter-finals where they are expected to take on England.

Poland made it through to the knockouts for the first time in 36 years after finishing second in their group behind Argentina. The Poles last beat France back in 1984 – a convincing 4-0 win. 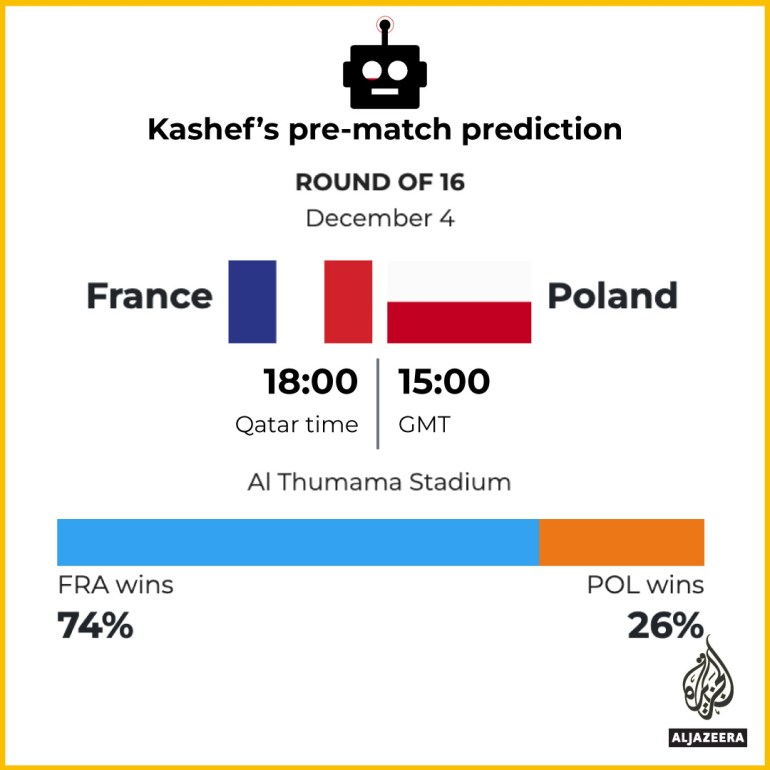 After 50 matches this World Cup, Kashef has a 66 percent accuracy level. After every match, Kashef reruns the model to predict the outcome of the next game all the way through to the final. 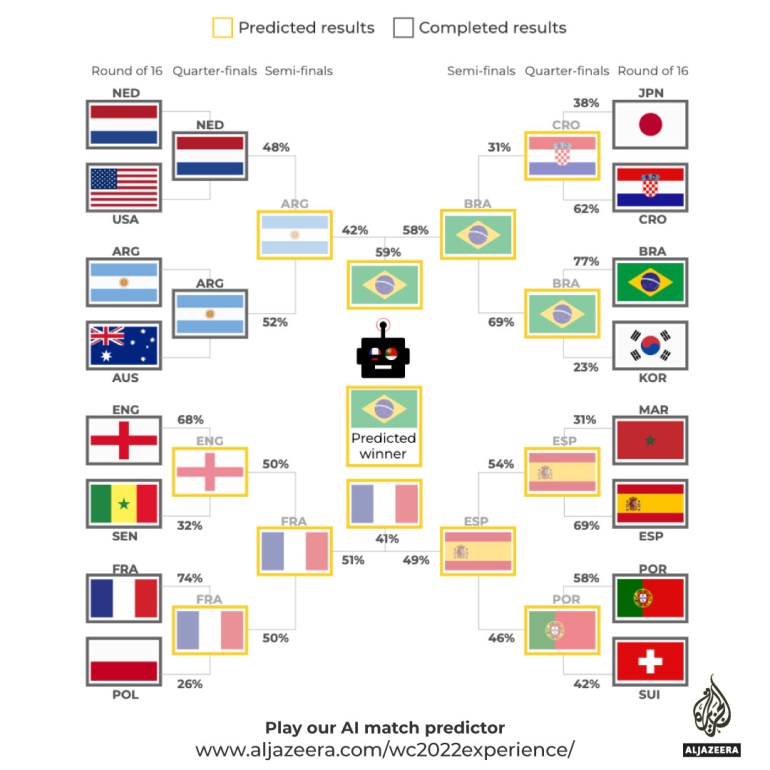