Stuart Broad and Moeen Ali led England’s charge to a 169-run victory over Australia with a day to spare in the first Test to make a flying start in their bid to regain the Ashes.

Broad and Moeen took three wickets apiece as Australia, set an improbable target of 412, were shot out for 242 on the fourth day at Sophia Gardens.

England, having drawn their last two series against West Indies and New Zealand and with question marks over Cook’s captaincy, were given little hope by many of troubling Australia who thrashed their old rivals 5-0 in 2013-14.

But in new coach Trevor Bayliss’ first match in charge, England produced an energised performance epitomised by their team spirit.

Australia, outplayed for much of the first three days, collapsed from 97 for one in their second innings on Saturday as wickets tumbled after lunch.

Big-hitting Mitchell Johnson bludgeoned 77 to hold Cook’s men up but they sealed victory when Josh Hazlewood holed out to long-off.

“It’s a start. It’s a long series, it would be nice if it was a one-match series,” joked England captain Alastair Cook.

“We are going to have to play well for a long period of time but I am fully confident the guys are up to it.”

England will head to Lord’s for the second Test on Thursday knowing that of the last 17 Ashes series, the team that has eventually lifted the urn has won the opening test 15 times.

David Warner’s dismissal by Moeen for 52 in the last over before lunch proved the key and gave England a timely momentum boost.

A revved-up Broad removed Steve Smith (33) and Michael Clarke (4) and when Mark Wood sent back Adam Voges (one), a reeling Australia had lost four wickets for nine runs in 36 balls.

“Some guys played positive, others backed their defence a little more. Whatever we tried didn’t work today.” 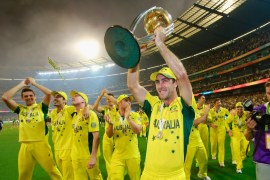 Event earlier this year attracted 145,000 unique visitors to the countries and over two million to the stadiums. 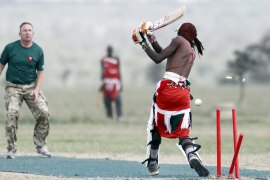 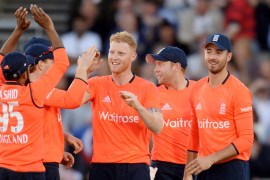