Four months after a pivotal election, Iraq is still without a government.

The initial election results showed the coalition led by a secular candidate, Iyad Allawi, taking a slim lead over the slate of Prime Minister Nuri al-Maliki, with 91 seats to 89.

Since the Poll, al-Maliki’s State of the Law coalition has joined forces with the Iranian-backed Iraqi National Alliance to form what some analysts call a super Shia coalition. But the partnership has stalled after disagreement on who to pick for the prime minister’s post.

Allawi insists that after his two seat win he should be prime minister, especially as his cross sectarian Iraqiya coalition got strong support in the Sunni-dominated provinces.

While rival parties wrangle over who has the right to form a new government, the political impasse has disgusted many ordinary Iraqis, who are deeply cynical about their ruling class.

Against this backdrop, Joe Biden, the US vice president, made his first visit to Iraq since the election and held talks with both sides. His visit, which coincided with the arrival of three other prominent US senators in Iraq, signaled an American diplomatic surge at a critical moment for Iraq’s fledgling democracy.

But will Biden’s visit break the impasse? And what are the real reasons for Iraq’s political deadlock?

Our guests this week are Sabah Al Mukhtar from the Arab Lawyers Association in the UK, and Joshua Muravchik from the Institute of World Politics in Washington DC.

This episode of Inside Iraq aired from Friday, July 9, 2010.

More episodes from
Inside Iraq 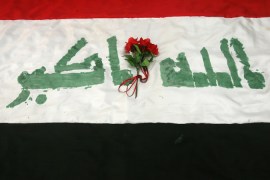 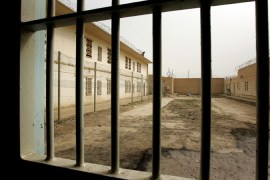 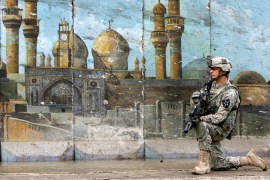 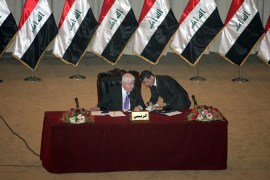