The Quebec City mosque shooting took place in the immediate aftermath of US President Donald Trump’s executive order to put a 90-day hold on travellers from Iraq, Syria, Sudan, Iran, Somalia, Libya, and Yemen and a four-month ban on refugees.

Canadian Prime Minister Justin Trudeau was quick to call the attack a terrorist act. His words were an important discursive reversal from the usual tendency to apply the terrorism label only to acts of terror committed by Muslims.

But the transformative potential of Trudeau’s calling the attack “a despicable act of terror” was somewhat compromised by him also labelling the act as “senseless”.

Trump’s spokesperson was quick to pick up on this word choice and also call the shooting “a senseless act of violence”, while also using the incident in a bizarre attempt to defend Trump’s executive order as a way of being “ahead of threats”.

The use of the word “senseless”, which suggests an unconscious action lacking purpose, brings to mind an all too familiar inclination of failing to recognise the consequences of racism and prejudice when they become translated into a violent action. That act of violence is thus no longer the product of sustained and systemic racism but of a random and arbitrary impulse.

But the attack on Friday was not an isolated, random or “senseless” event. It was the product of growing Islamophobia in Canada and the rise of hate speech and hate crimes. The existence and persistence of these hateful attitudes has been glossed over by the traditional liberal rhetoric of Canadian politics which presents the authorities as welcoming diversity and “accommodating” it.

Instead of rejecting Arabs and Muslims outright, in Quebec one could hear a “welcoming” rhetoric that at the same time calls for accommodation – that is to say the assimilation into a civilised sophisticated way of life and the abandonment of what is perceived as backward ways of life.

In February 2007, Quebec Premier Jean Charest announced the establishment of the Consultation Commission on Accommodation Practices Related to Cultural Differences to conduct public consultation and formulate policy recommendations to the government regarding “ethnocultural diversity”.

We must recognise the institutionalisation of racism through the enactment of discriminatory policies.

The commission was led by two white male academics, Gerard Bouchard and Charles Taylor, who then submitted a report with their recommendations to the government.

It is important to note that the commission completely dismissed First Nations issues, pointing to legislation which posits that indigenous affairs need to be discussed among nations.

Acknowledging them would have undermined the entire idea of the white majority as a host society choosing which new immigrants to welcome, and would certainly have destabilised the foundations of white Quebec nationalism.

These events were immediately preceded by a few highly publicised “accommodation” cases, which served as justifications for holding a public “debate” on the limits of accommodation to immigrants.

The term “crisis” was widely used to describe the uproar and heated (and at times racist) citizen testimonies of the public hearings, which were broadcast on a number of television stations.

This type of liberal welcoming discourse is well entrenched in Canadian political rhetoric. Revealed during the reasonable accommodation debate, it continues to this day through the welcoming words of Premier Philippe Couillard and Prime Minister Trudeau.

They informed Muslims after the mosque attack that “this is your home”, once again positioning one type of citizen as de facto entitled to unquestionable citizenship, and another as needing to be reassured about their belonging to the nation.

Acts of intolerance and vandalism have not been infrequent in Quebec but have never drawn much attention. These have included: moral panic over cabanes a sucre (sugar shacks) removing pork from the traditional dishes for Muslims; anti-Muslim graffiti at a Muslim school in Montreal; and a pig’s head perched at the entrance of the Centre Culturel Islamique de Quebec during the holy month of Ramadan last summer.

The question of “not accommodating” veiling has been at the centre of Quebec public attention. The Parti Quebecois Charter of Values proposed as a bill during its mandate in the regional government would have included the restriction of religious symbols for public employees and was largely aimed at the hijab head-covering, with great discussions of the need to ban face-covering, or niqab, only worn by a small fraction of Muslim women in Canada.

The fixation on veiling is not unique to Quebec; it has historically appeared in political and media discourse in Europe and in the United States as a major topic of contention. In Quebec, the leader of Coalition Avenir Quebec Francois Legault called for the ban of the burkini at the time of the burkini controversy in France last summer.

Beyond the borders of Quebec, Muslim communities across Canada have been under pressure since the September 11, 2001 attacks in the US and the passing of the anti-terror Bill C-51. This law has been criticised for infringing on civil liberties and rights of targeted populations and suspected terrorists in the name of security; unsurprisingly, those targeted by the bill are not white supremacists, but Muslims.

Trudeau might have made it a point to use welcoming refugees as a PR stunt, but the truth is that Canada only ranks 38th in the world in terms of the number of refugees per capita it recognised last year. All of them, of course, go through rigorous vetting before entering Canada. If designated as “irregular arrivals”, refugees have been jailed in facilities or maximum security prisons.

At the discursive level, Quebec and Canada have made progress in terms of celebrating diversity, the respect of difference, and the inclusion of the right to religious freedom. Also, the security measures which are taken at the moment to protect mosques, Islamic schools and centres are important to preserve the safety of Muslims in Canada.

But beyond these measures, we must recognise the institutionalisation of racism through the enactment of discriminatory policies. Hate speech and hate crimes must be consistently penalised to avoid providing a covert licence to those who want to carry out acts of terror which reify the dehumanisation of Muslim communities. 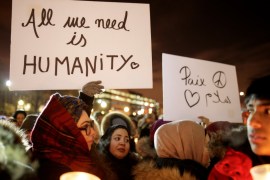 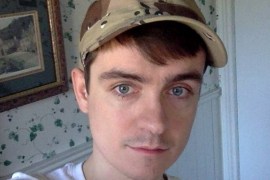 Suspect known for far-right views faces several counts of murder but is not charged with any terrorism-related offences.