In early July 2016, Chelsea Manning was found to be unresponsive in her cell at the prison barracks of Fort Leavenworth, Kansas, where she was  serving a 35-year prison sentence for leaking secret military archives and diplomatic documents to WikiLeaks. She barely survived.

The military responded by punishing her with solitary confinement, which led to another unsuccessful suicide attempt. For people who had long followed Manning’s case, one thing was becoming clear: she was likely to take her own life if President Barack Obama didn’t commute her sentence.

During her trial in 2013, it was obvious that Ms Manning was clearly suffering from gender dysphoria. She had been struggling with it while being deployed in Iraq during the war at a time when being openly gay was grounds for discharge from the US military. Her conviction meant that she could finally be seen as Chelsea Manning, but her struggle to get gender reassignment surgery, which included a hunger strike, and being forced to cut her hair to male standards owing to prison rules, continued to affect her mental health.

Earlier this week, President Obama’s office announced that he would be commuting Manning’s sentence and that she would now be freed on May 17. This is seen as welcome news for Manning and a decision that would most definitely save her life.

However, Obama’s decision to commute the sentence doesn’t take away from his legacy of using draconian laws that criminalise the act of whistle-blowing. It doesn’t change the fact that Obama has used the 1917 Espionage Act eight times – more than all previous presidents combined.

Specifically, the Department of Justice under Obama went after: Stephen Jin-Woo Kim, who allegedly leaked information about North Korea to a reporter; NSA whistle-blower Thomas Drake , the first American to be charged for espionage in nearly four decades, who blew the whistle on multibillion-dollar fraud and intelligence failures from 9/11; Shamai Leibowitz, an FBI Hebrew-English translator, who shared documents with another blogger revealing Israel’s intention to strike nuclear facilities in Iran; Jeffrey Sterling, the CIA agent who allegedly leaked sensitive information to the New York Times about a failed American operation against the Iranian nuclear programme; John Kiriakou, a former CIA officer, who told a reporter the name of another undercover CIA agent working on the CIA interrogation programme; and James Hitselberger, a Navy linguist contractor, for retaining classified information and sharing it with Stanford University.

Then there is the contradiction: Obama’s administration went hard and fast after low-level government employees while letting apparent leaks by high-level public figures slip through the cracks.

For instance, Obama’s administration took air marshal Robert MacLean’s case all the way to Supreme Court for blowing the whistle on a proposed Transportation Security Administration operational plan that would have reduced aviation security, while retired General David Petraeus was let off the hook with a misdemeanour even after he pleaded guilty for passing state secrets to his lover.

In fact, the tone from the White House as Obama deliberated commuting Manning’s sentence is just more bad news for the future of whistle-blowing and journalism in the country. When asked about the clemency application of Snowden and Manning, the White House spokesman Josh Earnest said there were “pretty stark differences”.

Earnest explained that Manning went through the military criminal justice process, was exposed to “due process” and found guilty of her crimes. He then went on to state that Snowden on the other hand had “fled into the arms of an adversary”, indicating that the Obama administration continues to overlook the problematic draconian laws and the very fact that Manning herself was handed down the strictest possible sentence despite the administration now admitting that documents leaked by her didn’t “cause much damage” or weren’t “top secret”.

Obama’s refusal to grant amnesty to Snowden despite the recent submission of one million signatures supporting a call for a pardon, and his office’s response contributes to the dangerous narratives that whistle-blowers should suffer harsh, unfair laws that may result in them being sentenced for decades in the worst possible prisons.

Had it not been for the courageous efforts of whistle-blowers the world may have never seen the morbid photographs from Abu Ghraib jail revealing the extent of torture and abuse in US prisons, US black sites and torture cells, the truth about the US assassination programme and the presence of a global mass surveillance system.

Now more than ever it is important to shed light on the legacy Obama’s administration is passing on to Trump and what that means for the future of whistle-blowing and the freedom of the press the coming years, not just in America, but its potential domino effect around the world.

It means that while Donald Trump has rattled the press with his lack of transparency, his belligerent denial to grant access to reporters, his constant attacks on legitimate news outlets and his disregard for accountability, he now inherits Obama’s legacy of cracking down on individuals who dare to blow the whistle on government wrong doings.

The Obama administration stopped short of charging journalists who received information from their whistle-blower sources, but given the precedent already set by Trump, what is to stop him from going after journalists and their sources more aggressively?

Trump is likely to usher in an era in which dissent will be stifled, demands for accountability will be seen as a threat to national security and any criticism about the president’s actions will be portrayed as false accusations and “fake news”. Trump has pitted Americans against each other to empower himself and avoid accountability.

As he takes office, President Trump is armed with tools for mass surveillance, an ever-expanding assassination programme and his predecessor’s legacy of a merciless crackdown on whistle-blowers who have sought to uphold basic principles of the American democracy.

Sana Saleem is a writer for 48hills and Global Voices. She is a member of the advisory board for the Courage Foundation and cofounder of Bolo Bhi. 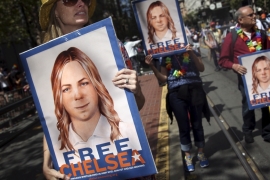 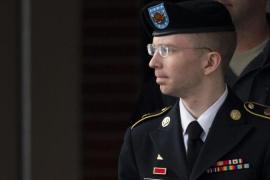 Attorney of US soldier jailed for leaking files to WikiLeaks writes to President Obama for full pardon. 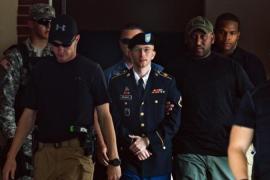 Wikileaks’ CIA document dump will cause a ripple effect