Whatever the result of the Brexit referendum on June 23, of one thing we can be sure: Britain will neither be invaded by marauding Turks, as anti-EU campaigners suggest might happen if the country votes “Yes”, nor will Western civilisation collapse, as European Union President Donald Tusk fears, after a “No” vote.

There will undoubtedly be economic and political turbulence, but Britain will not fall into the abyss.

Neither, though, will the key issues at the heart of the Brexit debate have been resolved.

Hostility towards the EU – not just in Britain, but throughout Europe – has been driven by frustrations about democracy and resentment about immigration.

The Remain (pro-EU) campaign, recognising that it has few answers, has largely avoided both issues, focusing almost entirely on economic arguments. Leave (anti-EU) campaigners have been equally opportunistic in the way they have addressed questions of democracy and immigration.

Many EU supporters dismiss the charge that the EU is undemocratic, pointing to the existence of the European parliament whose members are elected by all EU citizens.

This is not only to overstate the influence of MEPs on EU policy-making; it is also to miss the point about popular resentment.

The reason people see the EU as undemocratic is not because they don’t think they can vote in European elections. It is because despite their vote, they feel that they have little say in the major decisions that shape their lives.

Other EU supporters argue that without such an elitist institution it would be impossible to respond effectively to major crises such as climate change or global recession.

This at least has the merit of being honest, acknowledging that the value of the EU lies in its ability to bypass democratic process in the name of the greater good.

The trouble is, whenever the EU has faced a major crisis, its response has rarely enhanced the common good.

Take the migration crisis: After months of political paralysis, the EU eventually responded – by absolving itself of responsibility.

There is no iron law that the public must be irrevocably hostile to immigration. Large sections have become hostile because they have come to associate immigration with unacceptable change.

It stitched together a series of deals with non-EU countries such as Turkey and Sudan, promising them huge sums of money for detaining potential migrants to the EU.

Sickened by the immorality of these deals, the charity Doctors Without Borders last week refused all EU funding, observing that it could not take money “from institutions and governments whose policies do so much harm”.

The EU’s consistent failure in the face of crises is not because it is shackled by the democratic process – as some suggest – but because it lacks a democratic mandate for its decisions, and so is often politically paralysed.

But while the EU is an undemocratic institution, leaving the EU would not, in itself, bridge the democratic deficit.

Today, there exists a much more profound disenchantment with mainstream political institutions, a disenchantment that is evident at national as well as at European level, and which, throughout Europe, has led to an upsurge in support for populist parties.

The background to this disenchantment is the narrowing of the ideological divides that once characterised politics. Politics has become more about technocratic management than social transformation.

One way in which people have felt this change is as a crisis of political representation, as a growing sense of being denied a voice. Brexit may restore a greater degree of sovereignty, but it will not address this deeper anger.

The problem of conflating democracy and national sovereignty can be seen most clearly in the debate about immigration.

Leave campaigners argue that outside the EU, Britain would have control of its borders, and so, in the words of leading anti-EU campaigner Boris Johnson, be able to “spike the guns” of anti-immigrant feeling.

But it wouldn’t. Even where Britain has complete control of its immigration policy, it has been unable to reduce the flow.

Migration to Britain from outside the EU was higher last year than EU migration – and has been throughout this century. This is the case despite the fact that the government – unable to limit EU migrants – has striven particularly hard to reduce non-EU numbers.

Its failure shows that unless the government wishes truly to harm the economy, its control of immigration is limited.

OPINION: Politics of the disenchanted

The real issue is not control of borders but having a democratic mandate for any policy.

There is no iron law that the public must be irrevocably hostile to immigration. Large sections have become hostile because they have come to associate immigration with unacceptable change.

The real reason for grievances

And yet, while immigration has become the most potent symbol of a world out of control – and of ordinary people having little say in the policies that affect their lives – it is not the reason for the social and political grievances that many have to endure.

Economic and social changes – the decline of manufacturing industry, the imposition of austerity, the growth of inequality – have combined with political shifts, such as the erosion of trade union power and the transformation of social democratic parties, to create in sections of the electorate a sense of rage.

OPINION: Brexit – The UK’s rage against dying of colonial light

Immigration has played almost no part in fostering these changes. It has, however, become the means through which many perceive them, largely because politicians of all hues have promoted the idea of immigration as a fundamental social problem. This is as true of pro-EU as of anti-EU campaigners.

It is true of the EU itself. The EU might favour freedom of movement within its borders but the quid pro quo for such freedom has been the creation of a Fortress Europe, a citadel against immigration, watched over by a hi-tech surveillance system and protected by fences and warships.

When the EU policy plays to the image of a continent under siege, is it any wonder that there is widespread hostility to immigration?

Neither side in the debate has been willing properly to consider the real issues at the heart of the Brexit debate; the issues driving hostility, not just to the EU, but more broadly to mainstream political institutions.

Whatever the result on June 23, that hostility is unlikely to subside. 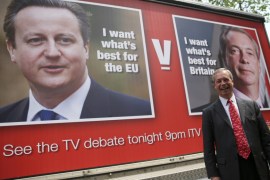 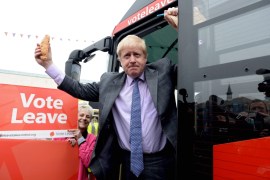