Sadiq Khan, son of a bus driver brought up in a council house and a political underdog from a Muslim background, has won the London mayoral election, amid widespread accusations of “dog whistle” campaign from his Conservative Party rival Zac Goldsmith.

The catch was – in the midst of widespread concerns over his negative campaign strategy – many, including some Tory-voting Muslims in his own constituency, “turned their back on Zac Goldsmith” and voted for Khan.

Goldsmith repeatedly denied the allegations, but ordinary Londoners who were left feeling frustrated made up their mind.

Goldsmith was known as a nice politician, but probably power politics and his not-so-nice strategists changed his mannerism during the election campaign.

London, as a world city that speaks 300 languages, can now really feel proud. Most Londoners wanted politics in this diverse mega-city to be humane and fun, as well as liberating from the traditional “Punch and Judy” type in the British democracy.

This was superbly displayed on the night of April 28, in the Mayoral Accountability Assembly, organised by Britain’s largest grassroots civil society body Citizens UK and its London arm, London Citizens, at the Copper Box arena in the historic Olympic Park.

Over 6,000 Londoners – activists and followers from 220 multi-faith and no-faith affiliates that represented at least 350,000 people across the city – gathered in a jovial mood to take into task the two front-running candidates – Khan and Zac.

They demanded from each candidate some key specific asks from the future mayor – such as the London living wage, jobs and employment opportunities for young people and, most crucially, practical solutions to London’s serious housing crisis.

Both candidates agreed with the demands and tried to convince the audience as well as the outside world that they were the right person to lead London.

The assembly highlighted an alternative civil version of how to conduct politics of accountability and gave Londoners a sense of liberation from the accusatory politics.

Recently, this style of non-partisan politics and grassroots people participation to reclaim power in people’s hands has been the essence of citizens organising in some countries.

In the United States, the Industrial Areas Foundation (IAF), established in 1940, had pioneered community organising with religious congregations and civic organisations to help strengthen citizen leadership.

We all have a crucial role in maintaining moral sanity and social stability in the country - needless to say, our powerful political class and media establishments have bigger responsibilities in this.

In the United Kingdom, citizens organising started in the East End with The East London Communities Organisation (TELCO) in the mid-1990 and grew into London Citizens and then to the Citizens UK.

Peaceful coexistence and appreciation among people are vital in a pluralist society. Human diversity is not only a beauty but a necessity in our interconnected and interdependent world.

People are not born to be clones of each other. As diversity enhances creativity, it is a source of strength – not weakness.

As humans, we have natural differences, but we are better together. Diversity, however, does not mean isolation, segregation or insularity – for that surely defeats the whole purpose.

The values of community life and the need to build strong communities of mutual support connect fellow citizens who want to achieve a fairer and more just society for everyone.

Citizens organising, thus, build bridges among people and communities and allay fears and myths between them.

Young people – with their energy and innovative qualities – are naturally more comfortable with creative diversity.

They are always an asset, but can be impressionable and inexperienced – they will make mistakes and then learn from them.

As such, they should not be dealt with a top-down diktat – be it from the political, religious or community leadership. Otherwise, there can be a backlash and unsatisfactory results.

In our towns and cities up and down the country, we live as neighbours and our children attend the same schools with similar curricula.

If there is ghettoisation in some areas, this needs serious study and collective effort to minimise it – not blame one group or another.

There must be a better way to resolving our differences. There are examples of celebratory works, so the message of optimism needs to be recognised and shared across the country and at all levels.

We all have a crucial role in maintaining moral sanity and social stability in the country – needless to say, our powerful political class and media establishments have bigger responsibilities in this.

The continuous anxiety in the Muslim community, rising Islamophobia and the challenges it has been facing in the media since the 7/7 London bombings and later on due cold-blooded murder of Lee Rigby in 2013 – exacerbated by the rapid rise of the Islamic State of Iraq and the Levant (ISIL, also known as ISIS) group and massacres across the English Channel – has made Muslim participation in public life very difficult, if not almost impossible.

This unfortunate situation is not only hampering young Muslims in their desire and ability to engage in public life, but also dividing neighbours and communities in our heartland of democracy.

Khan’s victory as the mayor of world’s greatest city is not only a testimony of London’s success in accommodating and celebrating diversity, but will definitely give a boost in Muslim morale and determination to work for the common good with civic participation.

However angry the extremists on both sides may be now, this has given a clear message around the world that anyone with ability and ambition has a place in Britain’s public sphere.

In this period of optimism it is vital that citizens, Londoners and beyond wage a war against our common enemies that keep on dividing us: ignorance, prejudice, intolerance and fear. 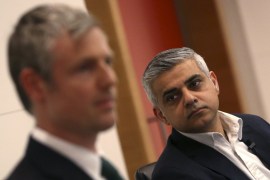 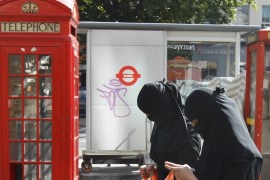