While on the campaign trail, Donald Trump, once a real estate tycoon and TV celebrity, made a number of controversial statements and promises. Most likely, much of what he once said will be safely forgotten after the inauguration ceremony, but it still seems that the general mood of the US presidency is bound to change dramatically.

This might not be good news for the Korean peninsula which, under Donald Trump’s watch, could face a significant increase in likelihood of an armed confrontation.

Trump once said that he would be willing to talk to Kim Jong-un, the North Korean hereditary ruler and strongman. This might be the case indeed: In recent times, US administrations have tended to start off with yet another attempt to reach some agreement on the North Korean nuclear programme.

However, all their attempts soon run into an unsurmountable obstacle: North Koreans cannot accept any compromise Americans are willing to propose, and vice versa.

For the North Korean leaders, the nuclear status of their country is non-negotiable. They believe that their nuclear weapons are the only guarantee that they would not suffer the fate of Saddam Hussein of Iraq and Muammar Gaddafi of Libya, of being overthrown either by a foreign attack or internal rebellion, supported from outside.

On the other hand, the US cannot accept any compromise which involves a nuclear-armed North Korea. From the US point of view, any deal which explicitly admits North Korea’s nuclear standing is no different from paying a blackmailer, thus creating temptation for other blackmailers, that is, other nuclear proliferators.

Unfortunately, both sides’ positions are as justified as irreconcilable, and this means that all talks are bound to end in failure. Trump’s much trumpeted “art of the deal” is not going to make a difference.

So, negotiations will fail, and then what? Kim Jong-un is determined to create a nuclear force capable of hitting the continental US. During the five years of his reign, North Korean engineers have conducted a number of successful tests of the intercontinental ballistic missiles (ICBM) and submarine-based ballistic missiles (SLBM), and there are reasons to believe that, at some point during Trump’s term, North Korea will start deploying these weapons.

Often the North Koreans were warned about the 'red line' they were not supposed to cross. These 'red lines', however, have kept moving: from the nuclear test to uranium enrichment to an ICBM test. Nonetheless, all these supposed 'red lines' have been crossed by the North Koreans with impunity. Every time this happened, the US government relied either on even more sanctions or even more talks, but neither option produced a noticeable effect.

This will make it the world’s third country, after Russia and China, theoretically capable of wiping out a number of US cities from the face of the earth (well, French and British can do this, too, but it would be insane to consider a French nuclear attack on New York or San Francisco possible).

This is not going to be a good news, and the question is how the Trump administration will react to it. No doubt, there will be talks of even harder sanctions, but the experience of the last decades has demonstrated that sanctions produce little, if any, impact on North Korean economy, let alone policy.

The major reason is, of course, China’s unwillingness to fully embrace sanctions, but Trump, who won elections on the militantly anti-Chinese slogans, will have even less chance to get Chinese cooperation on the North Korean issues than Barrack Obama did.

Donald Trump will not be the first US president to find himself in such conundrum, of course. So far, past US administrations, having tried both negotiations and pressure, have tended to give up.

Often the North Koreans were warned about the “red line” they were not supposed to cross. These “red lines”, however, have kept moving: from the nuclear test to uranium enrichment to an ICBM test.

Nonetheless, all these supposed “red lines” have been crossed by the North Koreans with impunity. Every time this happened, the US government relied either on even more sanctions or even more talks, but neither option produced a noticeable effect.

Military action, a pre-emptive precision strike, seems to be another possible option. Indeed, the US is technically capable of damaging the North Korean nuclear and missile research and production facilities. Perhaps, many facilities, unknown to the US intelligence or well protected, will survive, but the strike is still likely to delay the nuclear programme for years, if not decades.

There is a reason, though, why such action has seldom been seriously considered in Washington. Such a strike is too likely to trigger a retaliation, targeting not the US (still beyond reach), but Seoul, which lays within the shooting range of North Korea’s heavy artillery.

Such a counter-strike might or might not lead to a full-scale war, but it will inflict massive damage on the South Korean capital, and will drive a wedge between Seoul and Washington. Needless to say, a pre-emptive strike against North Korea would not be welcomed in Beijing, either.

So far, these considerations, as well as fears of undermining the international order, have been strong enough to discourage a military solution.

However, Trump has emphasised that he does not care about the US alliance system too much, and he even explicitly accused South Korea of being a free rider of the US-led and US-paid structure.

He is also, probably, inclined to worry less about what the Chinese will think. So, under his watch, such an event seems likely, especially given the traditional mood dominant in more extreme circles of the Republican party.

Time will show whether experience and advice of experts in Washington will mitigate the new threats, but it seems that the Korean peninsula is entering a dangerous period of its history. 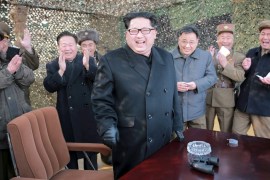 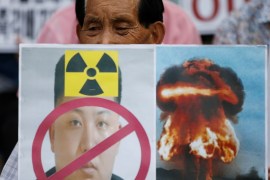 Now Pyongyang has nothing to lose