On April 9, two Afro-Colombian men, both 20 years old and members of the Afro-Colombian folklore group Son del Yembe, were gunned down in a drive-by shooting in Ciudad Bolivar, a neighbourhood in the southwest part of Bogota.

“We must finish off the blacks,” the killers shouted.

So far this year, 14 Afro-Colombian youths have been killed in the Colombian capital (not to mention the deadly anti-black violence in other major cities like Cali or Medellin). Threats have increased as well.

Through May and June, the National Association of Displaced Afro-Colombians (AFRODES) and other Afro-Colombian advocacy groups have been receiving death threats. A few weeks ago sinister Facebook messages were sent to Luz Erika Alegria Angulo, the director of AFODES.

One message titled, “Your End Is Near,” warned that Luz Erika and activists at Movimiento Cimarron, another Afro-Colombian organization, were going to be murdered. Thus far in 2015, three of AFRODES’s members have been assassinated.

“We have never seen anything like this, a wave of murders in such a short period of time, boys from 13 to 20 years old,” said Juan de Dios Mosquera of the Movimiento Cimarron, hate-mongers “are saying they want to kill all blacks. No one wants to leave their home, people feel trapped. [Our] youth are being stigmatised; people are saying they should be attacked, that they’re all delinquents.”

The rise in violence against black Colombians is the result of long-standing racial inequality and prejudice, and the effect of the country’s decades-old civil war, which has displaced an estimated two million Afro-Colombians.

The war in Colombia between the government and the left-wing guerrilla Revolutionary Armed Forces of Colombia (FARC), and involving various right-wing paramilitary groups and narco cartels has now entered its sixth decade, and claimed an estimated 200,000 lives.

The war has also displaced millions of Afro and indigenous Colombians, from the impoverished areas along the Pacific and Caribbean coasts, to major urban centres where they face discrimination and violence. The two dancers murdered in Bogota in April had fled to the capital in 2013 from the southwestern provinces of Cauca and Choco. Over the last month, the 37th round of peace talks have been taking place in Havana, Cuba between various parties to the conflict.

Commentators often observe that the Colombian constitution of 1991 is quite progressive on minority rights. It recognises the country as a 'multicultural' and 'multiethnic'...

“The war is taking place in our territory and against our people,” said Marino Cordoba, a representative of AFRODES and the recently-formed Afro-Colombian National Peace Council, which is trying to include the Afro-Colombian community’s demands in the peace talks.

“Violence decreased when the ceasefire began in December 2014, but the war has started again – there have been bombardments, military deployments, and frequent blackouts in the Afro regions. Families who lived and worked on their pieces of land in the Pacific Coast for generations have been displaced to cities where they now have nothing – we are demanding their right to return, to work their land, and to live in security.”

The coastal areas, especially Choco, have long been a battleground for leftist groups and right wing paramilitaries, vying for the control of cocoa crops and drug trafficking routes.

In the last decade, gold mines have become a source of conflict as well. The FARC, as El Pais recently reported, is increasingly seeing the Pacific region as geo-strategically important, and has escalated efforts to control it.

The difficult landscape also makes it challenging for the Colombian army to pinpoint FARC fighters. Civilians, largely Afro-Colombian or indigenous, have often been caught in the crossfire, hence the current calls for a bilateral ceasefire and for greater government protection.

In a recent open letter addressed to President Juan Manuel Santos and the FARC rebels, the organization Chao Racismo describes how the war had taken over Afro territories, and the defencelessness of the civilian population feels – weeks without power or electricity in the port cities of Tumaco and Buenaventura has meant that instead of trusting in an army that calls itself “popular” and says will fight for us, “we feel an atmosphere of terror because of the bombs, explosions and death.”

Commentators often observe that the Colombian Constitution of 1991 is quite progressive on minority rights. It recognises the country as a “multicultural” and “multiethnic,” grants indigenous and Afro-Colombian communities the right to territorial autonomy, and in 1996, the government even introduced a program to increase the number of minority students in higher education. Yet critics note that these legal provisions have still not protected Afro-Colombians from violence and discrimination.

“When collective land titling was handed down in Choco – that’s when paramilitary groups and military began trying to drive people off their land,” said Gimena Sanchez, a researcher at the Washington Office on Latin America, who has issued numerous reports denouncing the death threats against Afro-Colombian leaders and calling on the Santos government to comply with the Geneva Convention.

“There are progressive laws on the books, but they have not have been implemented. Racial discrimination in Colombia was outlawed in 2011, yet discrimination is still widespread – and Afro-Colombians are still at the bottom of the social order.”

One of the reasons that the Afro-Colombian situation is getting more attention is because Colombian activists have in many cases worked strategically with advocacy groups abroad, especially the Congressional Black Caucus (CBC) in Washington.

In the early 2000s, many Afro-Colombian leaders were reluctant to engage with the US because of Plan Colombia and America’s role in further militarising the conflict. Today, while still wary of American military involvement, Afro-Colombian leaders have been more willing to engage with Congress and the US embassy in Bogota. In January 2010, the United States and Colombia signed an accord, the US-Colombia Action Plan on Racial and Ethnic Equality.

“The CBC has been very effective,” says Cordoba of AFRODES, who now divides his time between Bogota and Washington DC, “CBC delegations have witnessed first-hand the suffering of Afro communities, they pushed for an aid package to help Colombia’s minorities. They’re the ones who said the US-Colombia free trade agreement of 2006 shouldn’t be ratified because of its impact on Afro-Colombians. In 2007, President Uribe appointed Paula Moreno, an Afro-Colombian woman, as minister of Culture because of this pressure from Washington. Without the Congressional Black Caucus our situation would be a lot worse.” 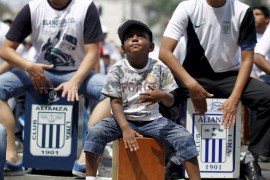