“Son, we’re going to take care of you. We are going to send you to a place you cannot imagine.”

In newly declassified documents, my Guantanamo client describes some of the horrors he endured in CIA secret detention. After his abduction in Pakistan in March 2003, Majid was waterboarded twice, hung by his hands, naked and shackled, and submerged in tubs of ice water until he thought he would drown.

He was sexually assaulted while hanging naked from the ceiling. Interrogators threatened to hammer his head, and threatened to harm his young sister. Majid lived in total darkness for much of 2003, and in solitary confinement from 2004 to 2006.

These revelations follow public disclosure of a Senate Intelligence Committee report on the CIA torture programme. CIA records cited in the 500-page executive summary, show that Majid was anally raped when his “lunch tray”, consisting of hummus, pasta with sauce, nuts, and raisins, was “pureed” and rectally infused.

“I lived in anxiety every moment of every single day about the fear and anticipation of the unknown,” Majid told me. “I wished they had killed me.”

But he survived, and was sent to Guantanamo in September 2006, where he remains almost nine years later.

The CIA may dispute the labels we apply to Majid’s torture – its spokesperson denies he was waterboarded, perhaps because there was no “board” – but not the acts he describes. The CIA also complains that Majid lied during interrogations, as if that could somehow mitigate what it did to him. Majid admitted anything his interrogators demanded of him, regardless of the truth, in order to end his suffering. Any good interrogator knows that torture produces false confessions, not actionable intelligence, which the senate study confirms.

Americans are beginning to understand what much of the world has known from personal experience for more than a decade – the CIA tortured Muslims with impunity.

In recent years, we have seen more and more evidence of sadistic acts such as waterboarding, sexual assault, extreme sensory deprivation, and threats of grievous bodily harm.

Approved at the highest levels of government, the CIA torture programme operated with incomprehensible cruelty and depravity. Each public disclosure brings harrowing new details, underscoring how little the public actually knows about what happened during those dark years.

The CIA has long tried to bury evidence of its crimes. When we filed a legal case challenging Majid’s detention after his arrival at Guantanamo, the government prevented us from meeting with him for a year so that we would not learn about his torture.

When we finally visited him in October 2007, we were threatened with prosecution if we revealed the slightest details about his detention. As defence lawyers, we adhered to our ethical and legal obligations to keep these secrets so we could continue to represent our client. Yet we feared the truth about Majid’s torture would never come out as a result.

But times change. Now the public has a glimpse of what happened to Majid and is able to understand the significance of his decision to accept responsibility for his own actions and plead guilty before a military commission in 2012. Despite his treatment, he took a leap of faith in the hope of being reunited with his family and meeting his daughter who was born while he was held in a black site.

The CIA has acknowledged that “mistakes” were made but has shown no contrition for what happened to men like Majid. CIA Director John Brennan has also quipped that there has been “more than enough transparency” with the release of the senate report. But as Majid’s recent disclosures illustrate, we have only begun to scratch the surface of the CIA torture programme.

There must be greater transparency and accountability for the CIA torture programme. The senate report, and the CIA’s parallel Panetta Review, must be disclosed in their entirety.

CIA officials and others who authorised, carried out and covered up the torture programme must be prosecuted. It is the only way to make sure this never happens again.

If the US is unwilling to prosecute, then the obligation falls to other countries under universal jurisdiction principles.

As for Majid, he will be sentenced as early as February 2016, if the military commissions do not collapse after an appeals court ruling last week that invalidates some of the charges against him. After what he has endured, he deserves to be treated fairly no matter what happens.

J Wells Dixon is a senior attorney at the New York-based Center for Constitutional Rights, and represents detainees in federal court and before the military commissions at Guantánamo Bay. This article was cleared for public release by the US government. 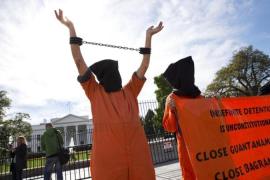 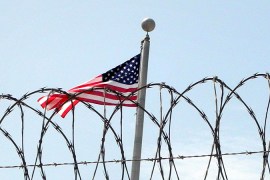 The poisoned orchard of torture 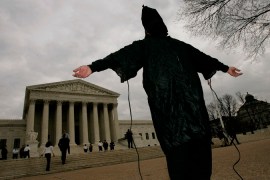 Why are ‘others’ always guilty of torture?

Westerners are taught to believe “civilised” governments do not commit torture; that it’s always “them” and never “us”.

The Western Balkans leaving the EU dream behind