There was once a Mexican woman whose spine was crushed by a tram. She learned how to walk again, and how to use a brush and paint to illustrate her world and overcome her pain. Today, we know Frida Kahlo through her work – paintings depicting a country where revolution remained a recent memory and self-portraits of her own damaged body that helped, in turn, to revolutionise her country further still.

But how many other Fridas are there in Latin America, hidden from view?

It is, after all, a region fertile with creativity; where the people live immersed in the “magical realism” of Gabriel Garcia Marquez’s novel One Hundred Years of Solitude, where social, economic and political upheavals inspire the work of artists such as the Peruvian poet Cesar Vallejo and the Ecuadorian painter Oswaldo Guayasamin, and where indigenous voices and faces are being heard and seen as never before.

When I was growing up in Latin America, our educational institutions adopted European models and our cities had been designed according to European esthetics. Italian and French architects were hired to build our monuments, museums and even our houses of parliament.

But the Cuban revolution of 1959 became an example for those yearning for change across the continent. And as other revolutions began to ferment during the 1960s and 1970s, a search for a new Latin American identity, expressed through art and architecture, accompanied them.

We looked back to what had been before Europeans ever set foot on our shores. I travelled from Uruguay to Mexico, and admired the murals by Diego Rivera, Orozco and Siqueiros, telling their own version of the Mexican revolution that the illiterate peasants and agricultural workers could understand.

I wondered at the pyramids and Mayan codes and calendars their ancestors had constructed. I journeyed to Peru to admire the Inca ruins, and I visited Colombia to see the jewelry that had survived the Conquistadores’ greed.

I felt a renewed sense of pride in their achievements, as well as those of the writers – the Peruvian Vargas Llosa, the Mexican Octavio Paz, the Argentinean Julio Cortazar, the Uruguayan Eduardo Galeano, and the Brazilian Jorge Amado – whose books were crossing borders.

Latin American writers have won six Nobel prizes in literature and a global readership. The continent’s music is exported to markets around the world, and who hasn’t heard of salsa or samba?

In the classical field, new audiences and talents are being found all the time. Daniel Barenboim conducts orchestras from Buenos Aires to Chicago and Palestine. Gustavo Dudamel began his career conducting Venezuela’s Youth Orchestra. Ballet dancers and choreographers such as Alicia Alonso and Julio Bocca make their mark in Havana and Buenos Aires, New York and Madrid. Oscar Niemeyer’s architecture in Brasilia embodies the freedom to innovate and express.

In the 1980s I moved to Cuba, which had already built new art schools where young voices and visions reflected this new Latin American identity. Cuban film was enjoying a rebirth, and artists across the continent were transitioning from the written word and the canvas to the moving image, attracted to video’s ability to reach millions of viewers through cinema and television screens.

I had studied film in distant Australia, and now wanted to tell stories from a Latin American perspective. I was struck by the Cuban painter Manuel Mendive, who had suffered a debilitating street car accident and had an epiphany. His art moved away from conventional representations and began connecting to Cuba’s African roots. Mendive’s body paintings on dancers were as ephemeral and beautiful as the changing blooms in his garden. My video captured the dancers’ bodies, which at times became indistinguishable from the lush vegetation that surrounded us, with eyes and lips painted on leaves that moved in the tropical breeze.

Each new generation uses new tools, and film and video have become our codes to decipher reality and denounce the injustices that were hidden out of sight, among them those committed by the military dictatorships that ruled much of the continent during the 1970s and 1980s.

These days, Latin American film is enjoying a boom, and its filmmakers are winning international recognition, with Academy Awards for the Argentineans Luis Puenzo and Juan Jose Campanella and the Mexicans Alfonso Cuaron and Gonzalez Inarritu.

Their films, like those of Brazilian director Walter Salles, cover a range of issues, from local themes such as rural migration and the children of the ‘disappeared’ to more universal concerns, such as space travel in Cuaron’s Gravity.

New technologies are democratising access to art and creating a universal language through which we can reveal our concerns and our stories and broadcast them around the world or share them on the screen of a mobile phone.

Art and politics are always connected in Latin America. In my own work as a journalist and video maker, I have sought to highlight that link, in documentaries that tracked social and political transformations, from the protest songs of Paraguay to the revolutionary murals in Nicaragua and the melancholy tangos that accompanied emigration in Uruguay. When I moved to the US, my work continued to focus on Latin American and Latino filmmakers, funding or producing programmes, such as Latin Music USA and the Voces series.

There remains, however, much to be discovered, especially what I call activist art, performed with passion and perseverance on the fringes of the affluent world of Latin America’s cities. That art is less known and appreciated, and its transformative effect is more difficult to ascertain in the short term. Transforming societies requires courage as well as talent and dedication. The results of that commitment and sacrifice sometimes remain invisible or unrecognised.

Al Jazeera’s Viewfinder series has made it its mission to chronicle the artists who toil in such obscurity, and the impact they have on those around them, whether they are endangered, isolated and suppressed like many in remote indigenous communities or marginalised and neglected, like teenage prostitutes, prisoners and gang members.

Yesterday’s muralists are today’s graffiti artists; their paint brushes replaced by spray cans. The minstrels of the past have been reborn as rappers and trovadores. Theatre has left its curtains and velvet seats behind and is now performed in penitentiaries and on street corners. Dance has moved beyond the academies and into the danzones in plazas and parks.

Art is no longer aimed at the elite; it is a tool to overcome trauma and displacement, loneliness and despair. And nowhere is that more needed than on a continent where our cities glimmer at the centre but hide favelas on their fringes, where depleted mines and forests ravage the land and crime and drug abuse the people – a constant reminder of our unequal distribution of wealth and opportunity.

Activist artists reach out to those who are disadvantaged. Their stories matter, and move us. They lift the human spirit and celebrate the talent hidden behind the dirt and desolation. And they show us that there are many Fridas among us, quietly creating a lasting legacy for us all. 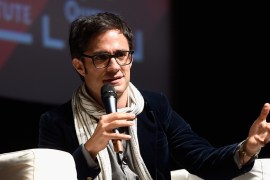 The Mexican actor and film director talks about his career and how Latin Americans are now questioning political power. 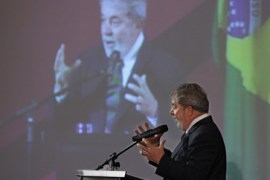 The rise of Latin America

How will the increasing influence of Latin American nations impact the US? 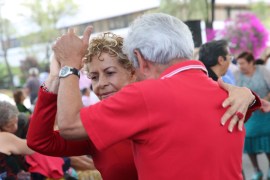 Human rights defenders continue to be killed with impunity