Patricia Boero is an international media consultant who lives in Uruguay. She studied theatre, law, and film at the University of New South Wales in S... ydney, Australia, and directed documentaries for Film Australia and SBS TV. She lived in Cuba in the 1980's, where she was a correspondent for BBC radio and directed documentaries for TV Latina, including Paraguay, the forgotten dictatorship and other documentaries in Nicaragua, El Salvador, Cuba and Uruguay. In the US, Boero supported film and video through her work at the Rockefeller and MacArthur foundations, and was director for International Programs at the Sundance Institute. As Executive Director of Latino Public Broadcasting, Boero funded and produced documentaries broadcast on public television, including Voces, the Emmy Award-winning Presumed Guilty, and the six-part series The Latino Americans that won a George Foster Peabody Award in 2013. She worked as one of the producers of Al Jazeera's first two Viewfinder Latin America series, which were broadcast in 2013 and 2014.

Art is be­ing used as a tool to over­come trau­ma and dis­place­ment and to forge a new Latin Amer­i­can iden­ti­ty. 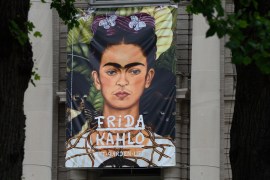