It’s all happening so fast, it’s reckless and deliberate. The proxy manipulation that was brewing under the surface for years is out in the open, it’s ugly, destructive and cynical.

Iran-Arab relations are going from bad to worse as sectarian rhetoric inflames the souls and justifies unjustifiable violence against the backdrop of a cross regional power struggle.

Deepening tensions, inflammatory rhetoric, proxy wars, and mutual demonisation are leading to all but an open confrontation between Iran and its Arab detractors who are now openly supported by Turkey and Pakistan.

If the Iranian-Arab escalation continues unabated, more countries are bound to live Syria’s nightmare of incalculable suffering, death and destruction.

Make no mistake, theirs is no zero sum game where one ends up winning and the other losing – it’s a lose-lose proposition in the long term. No one, I mean no one’s community or country will escape the wrath of war, conflict and religious violence, including Iran and Saudi Arabia.

And with the nuclear deal between the P5+1 and Iran, another layer of confusion has complicated an already chaotic situation.

“The next few years promise to be difficult,” or so I wrote two years ago in The Invisible Arab, The Promise and Peril of the Arab Revolution:

“The revolutions’ aftershock could be dangerous if people are not prepared to combat the looming forces of counter-revolution, which manifest in the region’s pervasive dictatorships, in its reactionary and political, religious movements, sectarian groups and with cynical regional and international powers.”

Alas, no one has been prepared to the effort of the anciens regimes notably in Tehran and Riyadh, as well as Syria and Egypt to reverse or rather to derail the progression of the Arab Spring.

And there’s no stopping them now. Judging from the escalation in Yemen, Syria, and Iraq, regional enmities coupled with global rivalries are slowly but surely causing the implosion of entire nations.

And there’s no backing down. Last month’s Arab League support for the Saudi military intervention in Yemen against the Iranian-supported Houthis has entangled the two sides in another regional knot.

Influential Arab commentators have called for pre-empting US-Iranian rapprochement by uniting the Sunnis and even exploiting the hostility of Sunni extremists like ISIL against Iran. Such follies will intensify the civil and communitarian wars in our midst.

Championed by Egypt, the League also agreed to an Arab military force of 40,000 in an effort to confront the rise of extremism and, for all practical purpose, confront the deepening Iranian influence in the likes of Yemen and Syria.

Influential Arab commentators have called for pre-empting US-Iranian rapprochement by uniting the Sunnis and even exploiting the hostility of Sunni extremists like ISIL against Iran. Such follies will intensify the civil and communitarian wars in our midst.

Impact of a nuclear deal

When it comes to the Middle East, the US-Iran nuclear deal has invoked more questions than it has answered. In November 2013, I outlined seven such important questions in need of answers, among them:

While Israel has rejected the US-Iran deal, Saudi Arabia has supported it in the hope of securing US support for its regional endeavours – starting with its military campaign in Yemen – that are directed mainly against Tehran.

In no time, the US obliged so as not to alienate its Gulf allies, and has since supported the Saudi-led coalition with intelligence, logistics and weapons.

But the US is also warming up to Iran. Despite their insistence that the nuclear deal doesn’t resolve their bigger ideological and political disagreements, it’s become clear that the ice has been broken and that the two sides are coordinating their military campaigns against ISIL in Iraq and probably in Syria.

Once all is said and done, the US is meeting, coordinating and clearly playing both sides to its own advantage. All of which begs the question, why do Iranians and Arabs meet their US and Turkish counterparts but won’t meet face to face in order to address their differences without outside interference?

This might sound like anathema to the hotheads on both sides of the divide. But before anyone shakes their head or rolls their eyes, think of the US-Iranian talks after almost four decades of animosity leading to a major strategic breakthrough.

And what about last month’s Turkish-Saudi summit despite major disagreements on Egypt, the Muslim Brotherhood and even on Syria? Well, that certainly turned out well.

And how about this week’s Turkish-Iranian summit? Tehran gave President Recep Tayyip Erdogan a grand reception despite their tensions and his damning criticism of Iran, accusing its regime of fomenting regional strife in an attempt to dominate the region.

The two sides recognised the importance of moving forward with their relationship despite their major differences on Syria, Iraq, Yemen and elsewhere. They even committed to doubling their trade from $14bn to $30bn.

The same is possible, indeed indispensable for Iran and the Arab world at this fatal junction. Their meeting can be useful in so many ways including venting and vaunting.

Detractors and populists on both sides are sure to downplay the usefulness of such a meeting, and could even claim that such a summit would only strengthen the other side’s standing and legitimise their claims.

They are also bound to underline the impracticality of a meeting; where would it convene, who would represent whom, and who would mediate, etc.

But when there’s will and wisdom there’s surely a way. The Arabs could designate a delegation from their national leaders. Turkey could host the meeting and so could Qatar. They could also convene in one place like Mecca, deliberate and negotiate in another like Istanbul and conclude in Tehran.

The bottom line is that there is no military solution to the political and communitarian problems facing the region. Neither side of the sectarian divide is going anywhere; better learn how to coexist or better cohabit this ancient land. Iran, Saudi Arabia and others must stop the race to the bottom. The region cannot continue fighting its way towards the abyss.

Hundreds of thousands have already perished over the past dozen years. How many more children must die before considering the rational alternative to war?

Give diplomacy a chance. 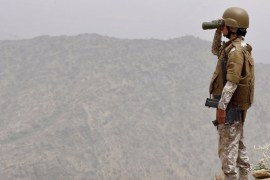