I hadn’t planned on this when I walked into the monthly London Palestine Action meeting but, when a cultural boycott action was suggested and ideas were thin on the ground, I volunteered to subvert Robbie Williams’ hits and Be Him, outside UNICEF HQ in London. Come again? UNICEF Karaoke against Robbie Williams.

Ok, so, Robbie Williams, global superstar and ex-Take That member, and “good guy” by his own admission, is UNICEF’s Children’s Ambassador. This means he visits UNICEF projects which support children around the world and raises the profile of UNICEF’s work, earning them more funding and improving their work.

Makes sense so far. But, he is also going to play Tel Aviv in May, which he has already said he’s looking forward to, comparing those asking him not to go – the BDS Movement and Palestinians all over the world asking him to boycott – as irrational people like some who wouldn’t like him to play Stoke-on-Trent.

Tel Aviv isn’t Stoke-on-Trent. And being a cultural icon, isn’t an accident, and it isn’t neutral. The Israeli government knows this and the power of popular culture. Its Brand Israel project has seen the National Ballet, Opera and Theatre commissioned into the service of being ambassadors for the state. International pop stars are also commissioned into that role, whether they like it or not, and reportedly offered giant sums of money to play Tel Aviv.

National media report those playing as a triumph over the BDS picket line, a sign that Israel is winning the propaganda war as the only democracy in the Middle East.

UNICEF also realises the currency of using famous people as ambassadors – that’s why it uses them, as did Oxfam with Goodwill Ambassador Scarlett Johansson who became the poster girl for Israeli apartheid when she accepted a promo role for Israeli settlement company Sodastream.

But what happens when your ambassador is used by others – like the Israeli government tourist board in the case of Robbie Williams – to promote not just your interests but another state’s interests which in the case of Israel, normalise settler colonialism, war crimes, the collective punishment of 1.8 million people in the Gaza Strip and apartheid?

UNICEF claims neutrality. But there is no code of conduct stipulated for a Goodwill ambassador. At least the organisation would not reveal one. The official UNICEF line was that Robbie Williams can do what he wants. UNICEF won’t take responsibility for some of the actions of their ambassador but will for the others like being a global pop star and looking good in photo ops with poor African villagers.

A friend contacted me on Facebook when the karaoke performances were happening and said his friend worked at UNICEF and was outraged that we were “targeting” them.

In the plush, Zone 1 hipster environs of Clerkenwell, the idea that “neutral” NGO work can be problematic, or that it isn’t enormously empowered and privileged and removed from the day to day grind of life under siege, represents a state of mind that is symptomatic of apartheid.

The separateness of the NGO and aid industry from the actual lives of those they bring aid to, and in the case of Palestinians bombed by Israel, is stark. The culture of this industry itself, is well documented by Palestinians as enabling the reproduction of Israeli apartheid and how it can disempower grassroots self-organised efforts to end Israel’s colonialism.

The point Palestinians make is, we are not a charity case, our disaster is a man-made disaster.

“Our struggle cannot be reduced to a sack of flour” is frequently said. “Aid is not going to liberate us.”

Palestinians are asking for a comprehensive boycott, divestment and sanctions campaign against Israel in order to stop the reproduction of those bombs and those walls and those colonies and that system, in the first place. Israeli settler colonialism and apartheid are globally produced through multiple industries, including the culture industry.

For Robbie Williams and UNICEF not to get that is to fundamentally misunderstand how modern colonialism and systems of oppression work and how to consequentially intervene in them.

For the UNICEF staff, looking down seeing Robbie Williams prancing about in a hot pink leotard surrounded by swaying ScarJos, Netanyahus and more Robbie Williamses, must have been surreal and possibly amusing. But on the serious side, I have picked up the pieces of people destroyed by Israeli apartheid in Gaza, in 2008-9 when I volunteered with the emergency services during Operation Cast Lead.

Those same children that UNICEF and Robbie want to help: The Hamdan children – Haya, 12, Lama, 4, and Ismaeel 9, bombed by an F16 in Beit Hanoun as they put out the trash; Mohammed, 5, and Bilal Ashkar, 7, killed by white phosphorous shells as they sheltered in the Beit Lahiya Elementary School; Adam al-Kurdi, 3 years old, bombed as he slept in his house in Jabaliya.

There were so many lifeless bodies that we rushed from all over the strip into hospitals that were unable to cope, and cemeteries that were so overcrowded that people were buried in mass graves. What we dreaded would happen again after 2008, on such a scale, happened again last summer, killing 547 children in 51 days.

None of this will end if we don’t stop arming Israel with weapons including the “soft” ones that normalise all of this, including the cultural figures which charities have appropriated, and Brand Israel has weaponised.

Ewa Jasiewicz is a journalist and human rights activist. 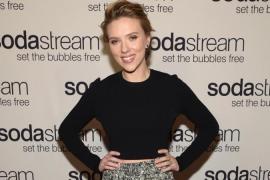 On Scarlett Johansson and ‘Blood Bubbles’

The debate over BDS rages on in the United States due to movie star’s Sodastream affair. 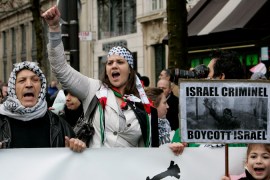 Creators of a new comic hope that they can counter the ‘venomous’ Israel boycott movement. 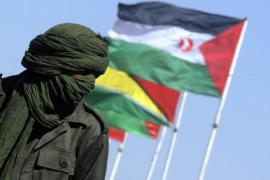 Can the BDS movement go global?

Mark LeVine discusses widening the scope of the Boycott, Divest and Sanctions movement with Stephen Zunes.