Whenever my septuagenarian Turkish acquaintance Mustafa imbibes a certain amount of raki, Turkey’s national alcoholic beverage, he feels compelled to recount once again the story of his participation in the 1974 invasion of Cyprus by the Turkish military.

In Mustafa’s raki-fuelled version, the operation’s swift success – which led to the deaths of thousands of Cypriots, both Greek and Turkish, and Turkey’s occupation of two-fifths of the island – was largely the result of his own military prowess, enabling the recuperation of a vital component of the Turkish empire.

The reality, of course, was a bit different – and the Turks’ imperial interests weren’t the only ones at stake.

In a 2008 essay for the London Review of Books, British historian Perry Anderson writes that “political responsibility for the disaster [in Cyprus] lay with those who allowed or encouraged it”.

The US, he notes, is often regarded as the primary culprit, with Secretary of State Henry Kissinger assisting in the coordination of the Turkish advance as part of his perceived international anti-Communist duties.

Indeed, Cyprus was – and still is – of substantial strategic interest to Washington, particularly in its role as an offshore intelligence facility for surveillance of the Middle East.

But the overall blame for the “dismemberment” of Cyprus, Anderson contends, lies with the British, who officially relinquished their colonial hold on the island in 1960.

Having pursued a long-term campaign to provoke Turkish enmity vis-a-vis the Greek Cypriots, the British then refused to halt the 1974 invasion despite being obligated to do so by a treaty they themselves imposed. The words “divide and conquer” come to mind.

Furthermore, the curious form of “independence” granted to the island has entailed continued British control over 250 square kilometres of territory constituting two military “Sovereign Base Areas“, as well as a host of additional “British-retained sites”.

On a recent visit to the United Nations buffer zone in Cyprus, I learned that these crucial sites include an Olympic-sized swimming pool and a sports field.

The island-wide buffer zone, viewed by some as the dominion of yet another occupying force, divides the Republic of Cyprus from the Turkish Republic of Northern Cyprus – the latter unilaterally proclaimed in 1983 and recognised only by its Turkish sponsor.

Among the more famous of the UN’s projects in the country is the Annan Plan, named for the former UN secretary-general and designed to sort out the reunification of Cyprus in time for its accession to the EU in 2004.

The plan was shot down by Greek Cypriot voters, however, and Cyprus entered the union in its rather unique state.

According to Anderson, the proposal’s bias towards the Turkish side and its effective legitimisation of an influx of settlers from Turkey amounted to a “ratification of ethnic cleansing” and a violation of the Geneva Convention prohibiting population transfers into an occupied territory.

The island-wide buffer zone, viewed by some as the dominion of yet another occupying force, divides the Republic of Cyprus from the Turkish Republic of Northern Cyprus - the latter unilaterally proclaimed in 1983 and recognised only by its Turkish sponsor.

Under the Annan Plan, the inundation of Turkish troops in Cyprus would have been reduced to a smaller inundation, and Britain would have retained its sovereign spots.

The whole settler scheme was apparently music to the ears of ultra-Zionist Avigdor Lieberman, now Israel’s foreign minister, who suggested the application of a “Cypriot solution” to the Israeli-occupied West Bank.

Interestingly, this same Lieberman recently lectured the Turks on the importance of respect for the sovereignty of one’s neighbours. By this he meant respect for Cypriot exploration of contested oil and gas reserves off its coast, an activity the Israelis are graciously assisting as part of their quest for regional resource domination.

The Russians, too, are on the scene, both economically and militarily. During a February visit to Moscow, Cypriot President Nicos Anastasiades met with Vladimir Putin to update an agreement permitting the Russian navy’s select use of Cypriot ports; no mention was made of Olympic-sized swimming pools.

Fear has arisen among certain sectors that Cyprus and its treasures may be coveted by less mainstream powers, as well. An article on the “Greek Reporter” website hypes the possibility that ISIL has already deployed “jihadist ‘sleeper’ cells” to the Turkish side of the island in its bid to reconstitute the caliphate.

In that case, the bombing of ISIL targets from UK bases in Cyprus presumably isn’t helping matters.

But the contest for hydrocarbons in the eastern Mediterranean could be even more dangerous. In an article for the popular TomDispatch website, Professor Michael Schwartz warns that “four years of manoeuvring around the newly discovered Levantine Basin deposits have produced little energy, but brought new and powerful claimants into the mix, launched a significant military build-up in the region, and heightened tensions immeasurably”.

Meanwhile, 55 years of alleged Cypriot independence have produced nothing of the sort. And with all of the above in the pipeline, it seems sovereignty will remain a pipe dream. 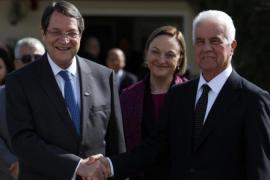 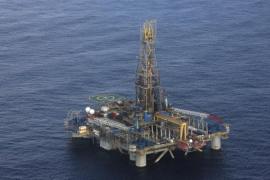 East Mediterranean gas reserves might pave the way for better Turkey-EU relations and a Cyprus deal. 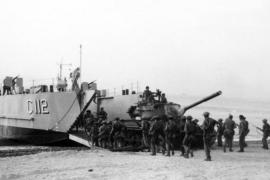 Cyprus after 40 years of division

Turkey would benefit from a positive resolution of the situation in Cyprus.