Farkhunda, a common name for girls in Afghanistan, means auspicious and jubilant. From last Thursday onwards, the name will evoke failure; failure of this war-ravaged society’s leaders – and those of the international community – in healing its deeply damaged national psyche after three decades of war.

The 27-year-old Farkhunda, who was a student of religious studies, was brutally murdered two days before the Afghan new year, by an angry mob in front of one of Kabul’s most venerated shrines when a mullah cried out that she had burnt the holy Quran.

What exactly happened before the crowd began its fatal assault, we will probably find out in the coming days. Video clips taken by mobile phones show her pleading with her assailants, saying that the accusation was a lie and that she did not burn the holy book. Nevertheless, she was beaten to death and her bloodied body was set on fire.

At a time when the atrocities of ISIL and Boko Haram make daily headlines, these disturbing images may not seem as shocking to the world. However, the crimes against humanity committed by those and other extremist militant groups are part of their calculated strategy of wreaking terror. They are considered enemies of civilization and as such, there is a global coalition fighting them.

The world has spent billions of dollars and thousands of lives in Afghanistan in the past 13 years to ensure that extremism would never again find a safe haven in this country. The global effort has given the Afghans roads, buildings, hospitals, schools and institutions. It has, however, completely ignored the psychological and moral damage that this nation has suffered as a result of prolonged conflict.

Some women activist groups have been quick to render Farkhunda as a symbol of abuses that Afghan women continue to suffer. In a highly untraditional act, Kabuli women carried her coffin on their shoulders.

“When I look at these men [in the cemetery], I see Farkhunda’s killers,” declared one woman during the burial yesterday. Social media posts are also projecting the incident as yet another example of a woman falling victim to the male-dominated mentality of Afghans.

She was accused of blasphemy by one deceptive mullah and attacked instantly by a pack of men who didn't stop for a moment to investigate. It all happened before the eyes of the police who was there to protect lives and apply the rule of law.

But, Farkhunda was not brutally killed because she was a woman. True that she might have gained a little more time had she been a muscular man. She might have put up a fight or run a few metres before being murdered. Rather, the unfathomable tragedy is symptomatic of a more extensive, less tangible and far more alarming set of causes. She was accused of blasphemy by one deceptive mullah and attacked instantly by a pack of men who didn’t stop for a moment to investigate. It all happened before the eyes of the police who was there to protect lives and apply the rule of law.

Her attackers were not common criminals, nor a bunch of fanatic religious villagers. Most of them seem to be urbanite, well-groomed men in their twenties. They were born and raised in war. Their fathers had most probably lived most of their lives in war. The culture of violence, instilled over 3 decades, continues to be passed on to the young generation. Since the US-led international intervention of 2001, strongmen have thrived tremendously, having become financially rich and politically powerful. Using force and brutality, therefore, pays off.

Crime is rampant and goes mostly unpunished. Corruption among the police, prosecutors and judges has emboldened criminals and citizens have little faith in the rule of law. The lines between morality and immoral behavior, lawful and illegal acts and righteous and sinful deeds have blurred to the point that most people are not even aware of their wrongdoings.

This, however, has not happened overnight. Afghans are often praised for their resilience. In reality, they are a nation of survivalists. They are survivors of the communist regime’s brutalities in the 1980s, the mujahideen’s internecine wars of the early 1990s, the Taliban’s draconian rule of the late 1990s, imprisonments, tortures, abject poverty, lack of education, miseries of refugee camps and loss of loved ones. They are damaged goods.

Since the international community decided to disengage from Afghanistan, a view of the Afghans as savage tribesmen trapped in the middle ages has become prevalent in the west. While on the surface, the Farkhunda incident confirms this opinion, those who remember the pre-war Afghanistan know that while it was a poor and under-developed country, there was dignity, tolerance and a code of honour. Afghans were always highly religious, but their Islam, heavily influenced by Sufi culture, was moderate and tolerant of the “other”.

While there were far less schools and universities in the country compared to the number of educational institutions that have been build in the past decade with international aid, the quality of teachers and curricula were much higher. Discipline was strict and ethical conduct was emphasized. Humility and compassion were virtues; bullying and oppression censured. Acquiring knowledge, not power, was considered a noble endeavour.

Above all, the pre-war Afghan leadership always maintained moral authority and used it to implement the rule of law and reforms.

This, of course, is not to say that Afghanistan of yore was a Utopia. Like any society, it had its share of criminals and morally corrupt individuals. Today’s survivalist mentality, however, has no room for vital human virtues of compassion and tolerance. An archaic educational curriculum does not teach students to think and to use logic. Religious instruction at schools or at mosques indoctrinates the youth in an interpretation of Islam that fosters narrow-mindedness. Despondency has helped superstitious beliefs flourish.

So, what killed Farkhunda was the failure in adequately addressing several fundamental issues, including the culture of violence, a variety of frustrations and post-traumatic problems, a qualitatively inadequate education system, an unchecked religious establishment and an extremely weak rule of law.

Her callous murder will not be the last such incident if Afghan leaders and their international supporters do not reconsider overhauling the education system and seriously applying the rule of law. Farkhunda’s murderers must be punished, but the work should not stop there. Constructing roads, buildings and institutions will not bring Afghanistan back to modernity, peace and stability. Investing in healing its people’s deeply rooted psychological wounds would be the right place to start. 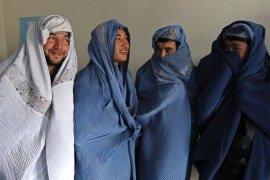 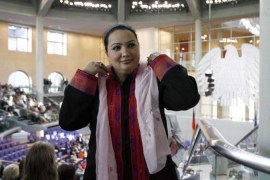 A new threat for Afghan women in politics