Four decades ago, on November, 25, 1975, the Chilean capital of Santiago hosted a meeting of South American intelligence chiefs, military officers, and government officials with a common commitment to exterminating leftism on the continent.

It was the launch of Operation Condor, a collaborative effort between six countries: Argentina, Bolivia, Brazil, Chile, Paraguay, and Uruguay. With the United States’ encouragement, the alliance would go on to torture and murder tens of thousands of civilians.

The codename “Condor”, an avian emblem of various Andean nations, was darkly appropriate in other ways. In Argentina, for example, some 30,000 suspected leftists were disappeared during the “dirty war” waged by the military junta that seized power shortly after Operation Condor took off; many were dropped from aircraft into bodies of water.

In other words, this wasn’t an innocent flight of the condor.

As historian Greg Grandin notes in his book, Kissinger’s Shadow: The Long Reach of America’s Most Controversial Statesman, the former US secretary of state offered the following – thinly veiled – murderous advice to the junta’s foreign minister in 1976: “If there are things that have to be done, you should do them quickly.”

And if the US view wasn’t already clear enough, he added: “We understand you must establish authority.”

In Chile, too, Henry Kissinger was particularly helpful, assuring dictator Augusto Pinochet that his remarks about human rights at a 1976 meeting of the Organization of American States were “not aimed at Chile”.

Later that year, Grandin writes, Kissinger did approve a “stand-down cable” to US ambassadors in Condor countries, directing them to discourage state officials from pursuing what was known to be another component of the operation: extraterritorial assassinations.

“But then Kissinger reversed himself,” says Grandin. “On September 16, told by an aide that such an order might offend Pinochet, he rescinded his demarche.”

Letelier had served in the government of Salvador Allende, the former Chilean president and the victim of the bloody CIA-backed coup conducted by Pinochet in 1973.

The aim of the coup was, naturally, to put a stop to Chilean democracy – a phenomenon that imperilled the interests of the powers that be. The aftermath of the affair saw the country converted into a laboratory for punitive economic policies emanating from the US.

In a previously classified memo dated 1987, George Shultz, the US secretary of state, wrote to President Ronald Reagan that the Letelier-Moffitt murders were “perhaps the only clear case of state-supported terrorism that has occurred in Washington DC”.

So much for the tradition of assigning the “terrorist” charges only to US enemies.

The memo is part of a trove of recently declassified documents  handed over to Michelle Bachelet, the current Chilean president, by John Kerry during an October visit to Santiago.

Kerry now occupies Kissinger and Shultz’s old spot. Bachelet herself is a survivor of torture by the Pinochet regime; her father was not so lucky.

As good as disappeared

Peter Kornbluh, director of the Chile Documentation Project at the National Security Archive in Washington DC and author of The Pinochet File: A Declassified Dossier on Atrocity and Accountability, argued that Kerry & Co deserved “significant credit for practising ‘declassified diplomacy’ – using US documents as diplomatic currency to advance the cause of human rights and redress the dark, interventionist history of US-Chilean relations”.

Evidence of the effectiveness of the approach, apparently, was that “[h]eadlines such as ‘Pinochet directly ordered killing on US soil of Chilean diplomat, papers reveal’ are now circulating around the world”.

But it’s not clear why the US establishment deserves such credit for its alleged advancement of the human rights cause when, for starters, there has been a conspicuous dearth of headlines regarding the intimate role of the US itself in the killing in question and in Operation Condor in general.

Also read: Operation Condor: Setting precedent from one ‘war on terrorism’ to the next

Furthermore, the fact that the country continues to this day to engage in massive human rights abuses across the globe should technically preclude any praise on the rights-advancement front.

Despite giving the green light to various aspects of the Condor campaign and facilitating coordination between the participating countries, the US has evaded accountability for the atrocities committed.

And the censored version of history that is spoon-fed to the US public makes it much easier to perpetuate the notion that the American empire is fundamentally a force for good.

Now, on the less-than-festive 40th anniversary of Operation Condor, it is essential to look back on its trajectory. Until there’s some candor on Condor, the whole episode is – like so many of its victims – as good as disappeared. 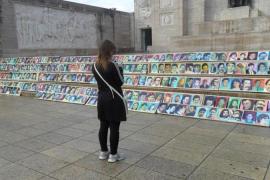 Reappearing the disappeared of Operation Condor

Can memory bring justice for the thousands of disappeared in Latin America? 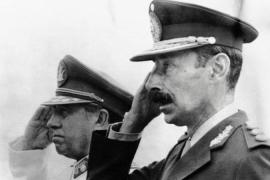 Operation Condor: Setting precedent from one ‘war on terrorism’ to the next

With the knowledge of the United States, Latin American dictators used terrorism to wage their war on terrorism.