Thousands of intercepted calls made by Russian soldiers in Ukraine and obtained by the New York Times (NYT) newspaper appear to reveal new evidence of widespread atrocities committed by Moscow’s forces and anger within their ranks over President Vladimir Putin’s decision to invade.

The calls, exposed in a new report published on Thursday, were made in March by dozens of troops stationed in and around the town of Bucha on the outskirts of the capital, Kyiv.

“Mom, this war is the stupidest decision our government ever made, I think,” the NYT quoted one soldier named Sergey as telling his mother.

Using 22 shared phones, the troops called hundreds of phone numbers in Russia over a period of several weeks, dialling home to wives, relatives and friends, despite having been ordered not to do so.

Their conversations, initially intercepted by Ukrainian law enforcement agencies before being passed on to the newspaper, shed new light on the disarray of the early stages of Russia’s offensive, and reference civilian killings that may amount to proof of war crimes.

Soldiers report being thrown into the war with no notice, sustaining mounting losses as their bid to seize Kyiv falters and being given orders to “kill everyone we see”.

One bluntly denounced Russian President Vladimir Putin as a “fool” for ordering the invasion. 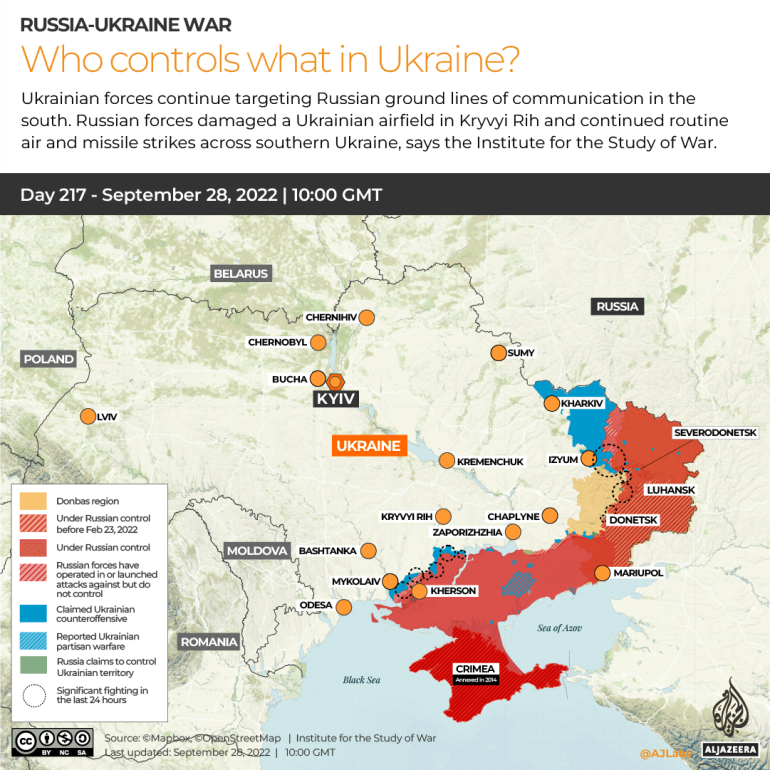 The calls indicate that within weeks of the offensive beginning on February 24, Russian forces were sustaining heavy losses. Among the ranks, a realisation that capturing the Ukrainian capital would prove impossible also appeared to have set in.

The NYT, which published only the first names of the soldiers in order to protect their identities, quoted Sergey as telling his mother only 38 of a group of 400 paratroopers deployed by Moscow had survived. Other soldiers reported losing up to 60 percent of their regiment, while loved ones back in Russia warned that “the coffins keep arriving”.

“We are burying one man after another, this is a nightmare,” the unnamed partner of one soldier told him.

In other conversations, troops laid out the orders given by commanders in Bucha, where Russian forces are accused by Kyiv of having committed a litany of war crimes, including the execution of hundreds of civilians. Moscow denies the allegations.

“They told us that, where we’re going, there’s a lot of civilians walking around. And they gave us the order to kill everyone we see,” Sergey said in a call with his girlfriend.

Aleksandr is quoted as telling a relative there are “bodies lying on the road” in Bucha with “limbs scattered around”.

“They’re not ours, they’re f*cking civilians,” he said.

Meanwhile, Sergey told his mother there is a “mountain of corpses in the forest”. In a call to his girlfriend, he also confessed to having been ordered to execute three men who were “walking past our storehouse”.

“We detained them, undressed them and checked all their clothes. Then a decision had to be made whether to let them go. If we let them go, they could give away our position … So it was decided to shoot them,” Sergey said.

‘War based on false pretence’

As March ground on – and before an eventual Russian pullback from around Kyiv – disillusionment appeared to grow among the troops.

Some complained of deadly tactical failures, a lack of rations, and harsh winter conditions. Others suggested they were considering deserting, but feared facing possible prosecution back in Russia if they did so.

“Putin is a fool. He wants to take Kyiv. But there’s no way we can do it,” Aleksandr said.

Some troops also disputed Russian media reports of the war they were fed during their conversations, which suggested Moscow’s offensive was a justified move to rid Ukraine of “Nazis” and was proceeding as planned.

“Mom, we haven’t seen a single fascist here … The war is based on a false pretence,” Sergey said. “No one needed it. We got here and people were living normal lives. Very well, like in Russia. And now they have to live in basements.”

But despite the gripes, high wages – which the soldiers said amount to $53 per day, a figure that dwarfs the average national salary – appeared to motivate many of the troops to keep fighting.

“I’m sick and tired of this contract. On the other hand, where else can I earn such money?” Aleksandr was quoted as telling his partner.

By the end of March, several troops made phone calls sharing one final piece of news: they had withdrawn to Belarus.

“We just crossed the border,” Aleksandr said in a call to his mother. She in turn expressed relief but questioned when the war would end for good.

“Well, it’s not our problem anymore,” he replied.