By Nadim Asrar and Q Zaman

Pakistan’s Supreme Court has again delayed its ruling on the legality of Prime Minister Imran Khan’s move to dissolve parliament and call for fresh elections.

During Wednesday’s proceedings in the top court, advocate Ali Zafar, who was representing President Arif Alvi, questioned the court’s jurisdiction behind taking up the opposition’s case.

Meanwhile, there is uncertainty over whether a crucial session of the Punjab assembly to elect a new chief minister will go ahead.

The provincial assembly in Pakistan’s biggest province was supposed to elect a new leader after the resignation of Usman Buzdar of Khan’s Pakistan Tehreek-e-Insaaf (PTI) party.

The opposition’s candidate, Hamza Shehbaz Sharif, son of Pakistan Muslim League-Nawaz (PML-N) president, has secured the support of a majority of the members of the assembly, including some PTI dissidents.

But the opposition alleges that the PTI is delaying the election by creating procedural hurdles in convening a session of the provincial assembly.

A group of more than 100 academics, civil society representatives and citizens have written an open letter to the Chief Justice of Pakistan “to put forth our grave concerns over the prevailing political and constitutional crisis”.

“We have noted with enormous distress the aggressive and contemptuous manner in which the constitution of Pakistan was violated by the outgoing government,” the letter says.

Open letter to CJP by over 100 concerned citizens pic.twitter.com/X28ZGZkS2N

“This action has brought us to the ignominious juncture where the ‘doctrine of necessity’ is again being invoked by some to suspend due process and violate the fundamental right to vote on the basis of unsubstantiated claims of alleged foreign interference in the political process.”

The letter said the “honour and well-being of our future generations lie on in adherence to the constitution. “Today, we pin all our hopes on your lordship to uphold the constitution and stand by the people of Pakistan in this hour of need,” it said.

Advocate Ali Zafar, who is representing Pakistan’s President Arif Alvi in the Supreme Court, raised objections over the court’s jurisdiction behind taking up the opposition’s case.

Zafar said approaching the top court against a ruling of the National Assembly deputy speaker is interference in the parliament’s affairs and issuing any direction in this regard would be overstepping by the court.

Lust for power has wholly paralysed Niazi & the remainder of his henchmen psychologically & mentally. The fact that some PTI people have stood up against Niazi in defence of the Constitution is welcoming. Let us all get together as Pakistanis to uphold & protect the Constitution!

Former Law Minister Babar Awan, who represented Prime Minister Imran Khan’s Pakistan Tehreek-e-Insaaf (PTI) party told the court that fresh elections were the only solution to the political crisis in the country.

Chief Justice Umar Ata Bandial asked Awan whether the parliament’s deputy speaker could issue a ruling that was not on the day’s agenda by bypassing the constitution.

The top court also asked Awan about the minutes of a National Security Committee meeting which discussed a letter, which Khan says shows evidence of a foreign conspiracy to remove his government.

‘Khan has no evidence to prove allegations’

The Pakistan Muslim League-Nawaz (PML-N) spokeswoman Marriyum Aurangzeb says Prime Minister Imran Khan had been lying to the nation about a foreign conspiracy to topple his government.

“Khan has no evidence to prove his allegations” she said.

She expressed hope the court decision will make sure no one would “dare abrogate the constitution in future”. “220 million people are looking at the Supreme Court,” she said.

President Arif Alvi has asked the Election Commission of Pakistan (ECP) to fix a date for holding fresh elections.

The President’s office, through a letter, said that it was mandatory to hold elections within 90 days of the dissolution of the assembly.

On Tuesday, the ECP said holding elections in three months was not possible.

Dozens of journalists have protested against former Information Minister Fawad Chaudhry outside the Supreme Court building after he termed them as “sellouts”.

Chaudhry refused to tender an apology over his statement after which reporters refused to cover his news conference.

“You have severed relations with our allies and trade partners,” Iqbal told reporters. “Imran Niazi, you are a disgrace.”

Iqbal said his party hoped the top court ruling will safeguard the supremacy of the constitution. 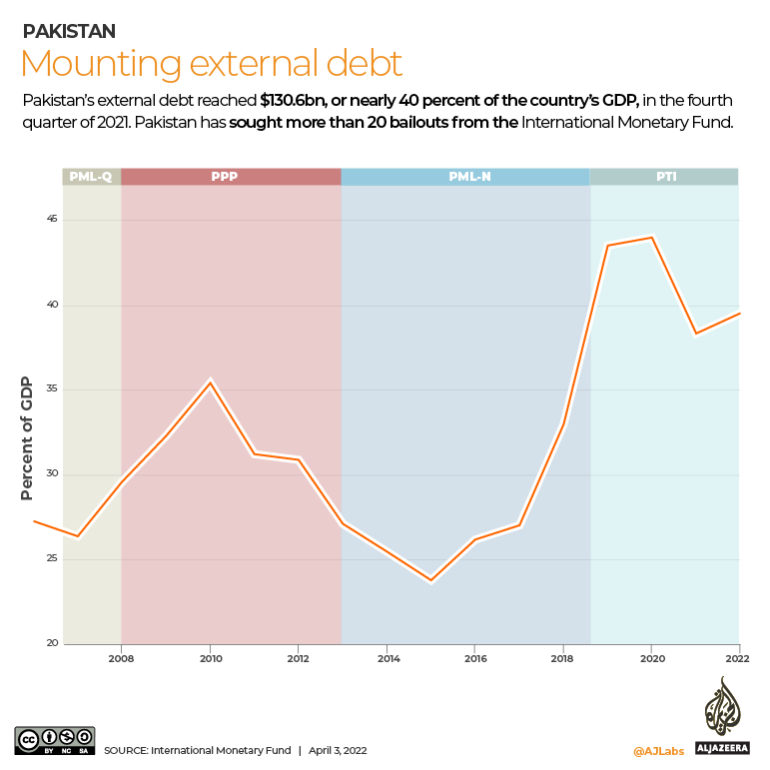 Shortly before the Supreme Court hearing, the embattled Prime Minister Imran Khan asked the people to “come out and defend” the country.

Pakistan’s security agencies have not found credible evidence to confirm Khan’s complaint of a foreign conspiracy, an official with knowledge of the matter, who declined to be identified, has told Reuters news agency.

Khan and the deputy speaker had said Pakistan’s National Security Council, a top panel that groups civilian officials as well as the military and intelligence chiefs, had confirmed a plot to overthrow him.

However, the official, who is privy to such proceedings, said the security agencies had not come to the same conclusion as Khan and had communicated their view to him.