Two British volunteers providing humanitarian assistance in Ukraine have been detained by the Russian military.

The non-profit Presidium Network said on Friday that the two civilians were seized at a checkpoint south of the southeastern city of Zaporizhzhia. It identified the pair as Paul Urey and Dylan Healy.

Urey and Healy were working independently as part of a project in Ukraine to provide food, medical supplies, and evacuation support, according to the organisation, which has been active in Ukraine.

There was no immediate comment on the alleged developments from the United Kingdom’s foreign ministry, but Trade Minister Anne-Marie Trevelyan told British broadcaster Sky News the government was “doing all it can to support and identify these two people”.

Linda Urey, Paul’s mother, said she and her family were “extremely worried”.

“We know my son Paul and his friend who was a humanitarian aid volunteer in Ukraine have been captured by the Russians,” Urey said in a statement released by Presidium.

“He was out there on his own accord. We want everyone’s support to bring my son home and pray he is safe,” she added, noting Paul was a “type-1 diabetic” and required insulin. 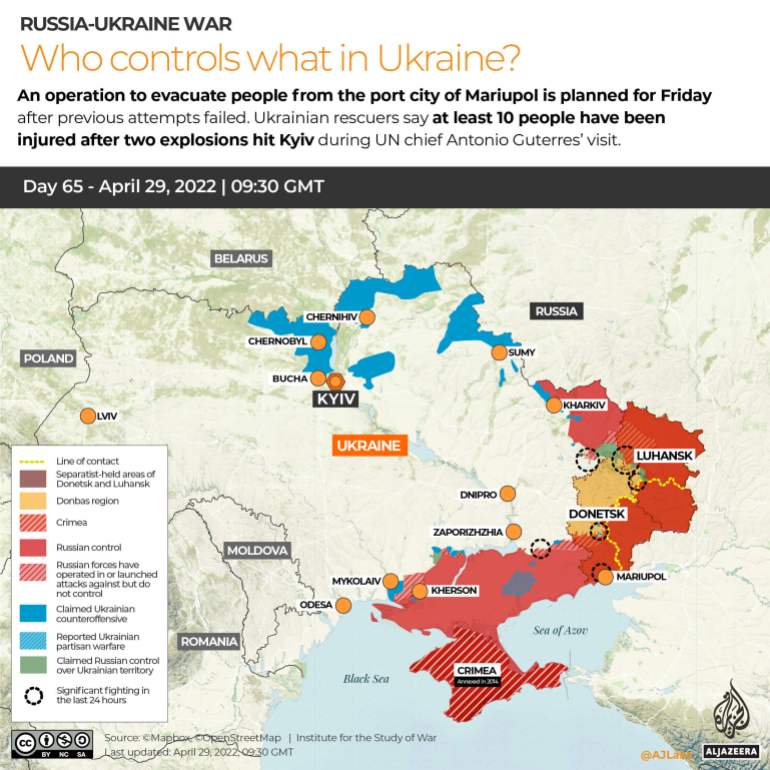 Dominik Byrne, Presidium Network’s co-founder, said the men went missing after travelling into Russian-held territory, where they were planning to help evacuate a woman.
Three hours after they were supposed to arrive at her home, the woman said she had been questioned by Russian soldiers about two men they picked up, Byrne said.

“On Wednesday evening, I got a call and messages from contacts of theirs back in England saying that they are missing and we believe we know where they are, and that they’ve been taken by Russians,” Byrne told the Reuters news agency.

Presidium described Urey as a “family man” from northern England and said he previously spent eight years as a civilian contractor in Afghanistan.

Healy was described by the NGO as a chef by training, originally from eastern England. He was driving the car at the time of his and Urey’s capture, Presidium said.

The reports of their detention came after the UK government on Thursday confirmed that a British national had been killed and another was missing in Ukraine.

He was reported to have been fighting with the Ukrainian forces battling Russia’s continuing offensive and is believed to be the first British national to die as a fighter in the conflict.