Hungary’s Prime Minister Viktor Orban has signed a decree allowing NATO troops to be deployed in western Hungary and weapons shipments to cross its territory to other NATO member states.

The change of government policy forced by the Ukraine crisis was announced on Monday in the official gazette despite a close relationship with Russia.

The document allows the NATO Response Force to be stationed west of the Danube River and Hungarian airspace to be used for transit.

But any personnel or gear headed to Ukraine can only transit through or over Hungary if it then heads to another NATO country and then crosses that country’s border into Ukraine.

The policy is in keeping with Orban’s efforts to stick with NATO policy while also “keeping Hungary out of the war”.

Last month, Hungary’s foreign minister Peter Szijjarto said that permitting the transit of weapons to Ukraine would jeopardise “the security of Hungary and the Hungarian community in Transcarpathia”, referring to a region in western Ukraine.

“The reason for making this decision is that such deliveries might become targets of hostile military action,” he said.

The government, which has been in a close relationship with Moscow over the past 10 years, has condemned the Russian invasion of Ukraine and agreed to the European Union’s sanctions on Russia.

Hungary has also opened its borders to refugees from the war-torn country. So far, more than 180,000 people have fled from Ukraine to Hungary. 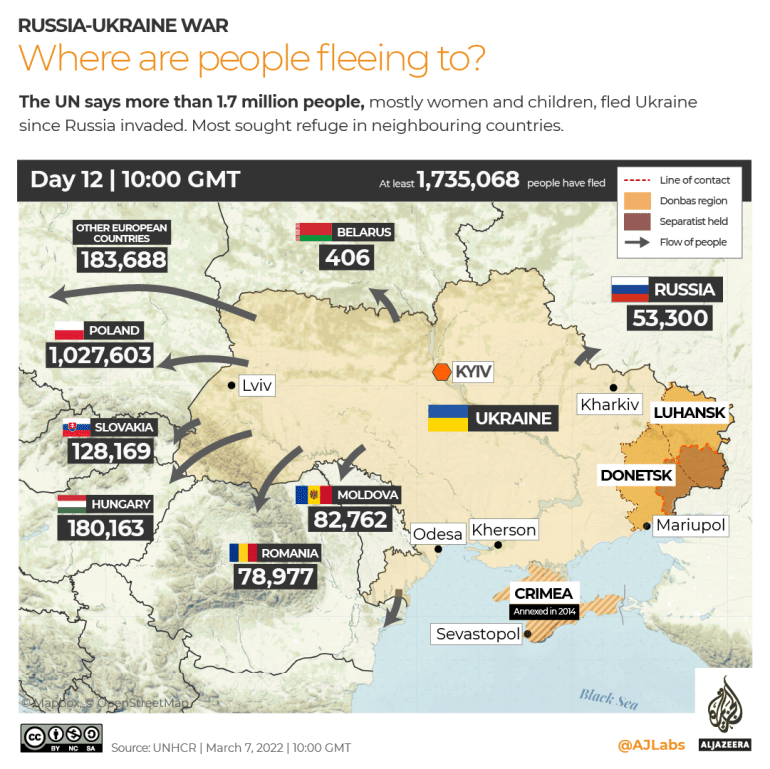