A Hong Kong group that organises an annual vigil on June 4 to remember protesters killed in China’s 1989 Tiananmen Square crackdown says it is disbanding after facing “national security” charges.

The democracy group is the latest of dozens of civil society bodies to fold over the past year – from a key trade union grouping to the largest teachers’ union – after Beijing imposed a sweeping national security law in the city.

“I believe Hong Kong people, no matter their capacity, will continue to commemorate June 4 as before,” Richard Tsoi, secretary of the Hong Kong Alliance in Support of Patriotic Democratic Movements in China, told reporters on Saturday.

A vote on the same day to disband was supported by 41 of its members with four opposed, Tsoi said.

Authorities froze 2.2 million Hong Kong dollars ($283,000) of the group’s assets this month after it was charged with inciting subversion under the new law.

Activist group Student Politicism, which had four current and former members charged this week, will also close, it said on its Facebook page on Friday.

Hong Kong authorities have repeatedly denied curbing human rights and freedoms, saying law enforcement has been based on evidence and has nothing to do with the background, profession or political beliefs of those arrested.

An authoritarian chill cloaks most aspects of life in the former British colony after the new law, which prescribes terms of up to life in jail for anything China deems to be subversion, secession, terrorism and collusion with foreign forces.

Since the new law was introduced, most democratic politicians and activists have been jailed or fled abroad.

Probe against the group

Alliance leaders Albert Ho and Lee Cheuk-yan, already jailed over large anti-government protests in 2019 that roiled the city, were also charged with inciting subversion, as well as another of its officials, vice chairwoman Chow Hang Tung.

Group members Tang Ngok-kwan, Leung Kam-wai, Chan To-wai and Tsui Hon-kwong have been charged with failing to provide information police had sought by a deadline of September 7.

Police asked for details about the group’s membership, finances and activities in an August letter it sent to reporters.

The letter accused the Alliance of being “an agent of foreign forces” and said missing the deadline could result in a fine of 100,000 Hong Kong dollars ($13,000) and six months in jail.

Earlier this month, police raided the premises of the closed June 4th Museum dedicated to the Tiananmen victims.

In August, the group had said the museum, which closed on June 2 over a licensing investigation by authorities, had reopened online as the independently operated “8964 Museum”.

China has never provided a full account of the 1989 crackdown. Officials gave a death toll of about 300 days afterwards, but rights groups and witnesses say thousands may have been killed.

Hong Kong returned to China in 1997 under a “one country, two systems” formula that guaranteed its freedoms and independent legal system. China denies interfering with its way of life. 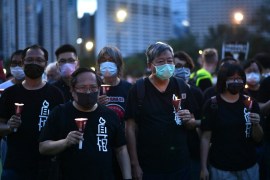 Nine activists sentenced to between six and 10 months in jail while three others were handed suspended sentences. 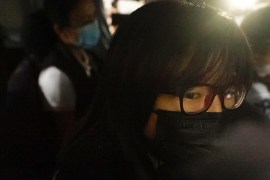 Police had demanded the group hand over information on finances, supporters as part of national security investigation. 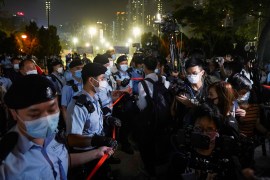 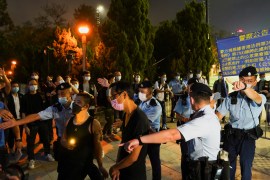