A bipartisan group of United States senators has called on Secretary of State Antony Blinken to press the Kingdom of Bahrain to end what it calls the “violent, systemic repression” of its population.

“We write to raise our concerns about the government of Bahrain’s troubling rights record and to better understand your administration’s strategy for pressing this issue with our important ally and partner,” a group of seven influential US senators wrote.

The Gulf state and US military ally has been condemned by international human rights groups after imprisoning thousands of protesters, journalists and activists following a popular uprising against the monarchy in 2011 that was put down with force and help from Saudi Arabia. Since then, political opposition in Bahrain has been banned and independent media shut down. There have been reports of torture and forced confessions in death penalty cases, some involving political prisoners accused of “terrorism”.

They called on Secretary Blinken to “promote reform and respect for basic human rights” in Bahrain.

“We have long raised concerns about the situation in Bahrain precisely because Manama is an important ally,” the senators said.

The US Navy’s Fifth Fleet, which patrols the Persian Gulf, is based in Bahrain and the senators expressed concern “Bahrain’s violent, systemic repression will breed resentment and instability” that could threaten the US presence.

Bahrain is a majority Shia country that is ruled by a Sunni monarchy. US State Department reports have documented rights abuses in Bahrain for years.

“Bahrainis continue to call for agency and accountability, often at great risk to their safety and that of their families,” the letter said.

Amnesty International and 15 other rights groups called on Bahrain in July to release Abdul Jalil al-Singace, a political prisoner who is serving a life sentence for his involvement in the 2011 uprising.

The 59-year-old al-Singace was a key member of the Shia opposition Haq movement. He has been on a hunger strike to protest against ill-treatment.

The Bahrain government has rejected allegations of human rights violations and denied discriminating against its Shia citizens. There was no immediate response by a Bahrain embassy press official in Washington, DC, to an inquiry by Al Jazeera seeking a response to the senators’ letter.

Husain Abdulla, a Bahraini exile who founded Americans for Democracy and Human Rights in Bahrain, said “Bahrain is a test case” for the Biden administration which has sought to put human rights at the centre of its foreign policy.

“The government of Bahrain is an egregious, persistent and blatant violator of the rights of its citizens on nearly every level,” Abdalla said in a statement on the group’s website, praising the senators’ letter.

.@ADHRB along with @amnesty, @hrw, @BahrainRights, @UN_SPExperts and @GulfCentre4HR participated in a side event at the 48th session of the Human Rights Council in order to demand the immediate release of prisoners of conscience in #Bahrain. pic.twitter.com/X96haTA8Oo

In August, human rights groups called for an independent investigation into the death of Hasan Abdulnabi Mansoor, 35, a Bahraini prisoner who died in custody after allegedly being denied essential medication and treatment.

Mansoor was the third prisoner to die in Bahrain since April from medical negligence, rights groups said.

Sayed Ahmed al-Wadaei, also a Bahraini activist in exile who heads the Bahrain Institute for Rights and Democracy, told Reuters that 27 of those released were political prisoners, and many had been imprisoned when they were juveniles.

“They will continue to face severe restrictions on their liberty and these rare releases remain overshadowed by the continued incarceration of hundreds of political prisoners in Bahrain,” said al-Wadaei. 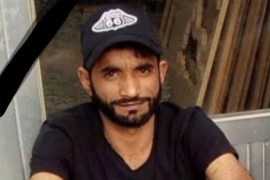 Rights groups call on the government to launch an independent investigation into the death of a 35-year-old. 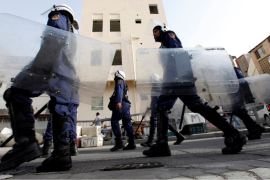 Death sentences in the small Gulf nation have risen more than 600 percent in the past decade, new report finds. 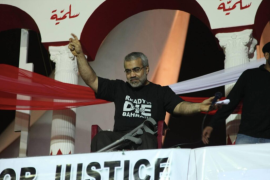 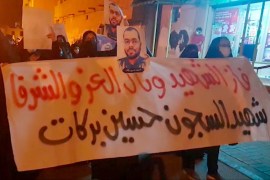 Protesters march in the village of Diah after Husain Barakat, a political prisoner, died after contracting COVID.