Toronto, Canada – Canada has suffered more mass killings motivated by Islamophobia in the last five years than any other country in the G7, according to the National Council of Canadian Muslims (NCCM).

While political leaders have made positive steps to combat Islamophobia, Canadian Muslims – who account for 3.2 percent of the country’s population – say much more still needs to be done to address the problem as Canada prepares to vote in the upcoming federal elections on September 20.

There is a “sense of fear and frustration” among Muslims as many women have been verbally and physically attacked in Edmonton, Noor al-Henedy, the director of communications and public relations at al-Rashid Mosque in Edmonton, Alberta, told Al Jazeera.

Caution has especially increased since June when a man ran down a Muslim family out on their evening walk with his pick-up truck in London, Ontario, killing four of the family members. A nine-year-old boy was the only member of the Afzaal family to survive, but sustained serious injuries.

Some women and girls who wear the hijab, have opted to wear toques to cover their hair when they go out for walks especially in the evening, so that they are not visibly Muslim and a target, al-Henedy said.

“They’re more vigilant. They don’t go for walks putting their air pods on. They try to go out in a group,” she said.

“To be talking about attacks against [Muslims] is such a shock to us.”

Since 2017, 11 Canadian Muslims have been killed in three deadly attacks driven by Islamophobia.

In September 2020, an alleged neo-Nazi Satanist fatally stabbed Mohamed-Aslim Zafis, 58, in an unprovoked attack outside of a Toronto mosque where he volunteered as a caretaker.

Mosques such as al-Rashid have been met with vandalism and threats. Earlier this month, the Langley Islamic Centre in British Columbia received an anonymous note, threatening the mosque to shut down within two months, or else a Christchurch-inspired murder would ensue.

We are aware of a violent threat directed at the Muslim community in Langley, BC.

We are in touch with the Langley Islamic Centre and will provide more updates as they become available. pic.twitter.com/JrPuD4PCuH

Al-Henedy said that while federal party leaders have all been verbally supportive, especially after Islamophobic attacks, “Not a lot of work is happening on the ground.”

The government of Alberta did provide al-Rashid Mosque with some extra funding to support a self-defence initiative for Muslim women and other programmes, but it was “more on a grassroots organisation scale, not on a national or provincial scale,” al-Henedy said.

“I don’t want to say that words no longer matter, but they’re no longer powerful enough. We need changes on the ground. We need this problem to be taken seriously because we can’t afford to lose any more lives.”

An Ipsos poll published on Wednesday showed the Liberals, led by current Prime Minister Justin Trudeau and the Conservatives led by leader Erin O’Toole to be in a “dead heat” in the federal race.

They were both predicted to win 32 percent of the decided national popular vote, with the New Democratic Party (NDP) coming in third place, receiving 21 percent of the vote.

The NCCM said the current Liberal government has acted to address Islamophobia by taking a stronger stance on dismantling white supremacist groups, but some gaps still need to be addressed.

The council noted that none of the federal leaders in the run-up to elections has committed to fighting Quebec’s Bill 21 in court.

The bill, adopted in 2019, bans some civil servants including teachers, police officers and government lawyers, from wearing religious symbols at work (such as the hijab, kippah or turban).

When the moderator asked Yves Francois Blanchet, leader of the Bloc Quebecois why his party “supports these discriminatory laws” such as Bill 21, during the televised leaders’ debate last week, the question was met with a flurry of criticism.

All three major federal leaders called for an apology from the consortium of media broadcasters, calling the question on Quebec’s secularism law offensive and unfair.

“The fact that anyone asked for an apology because someone has the temerity to ask a question about a bill that is discriminatory on its faith, is mind-boggling to me,” Farooq said.

The NCCM said on Twitter: “We cannot be serious about tackling Islamophobia but not commit to tackling second-class citizenship on the books for Muslims who choose to wear the hijab in Quebec.”

‘A lack of response’

The Conservative Party of Canada has said it is committed to fighting online incitement to harm, but there is no mention of Islamophobia or racism in their entire platform, the council said.

While federal leaders have talked about Islamophobia on the campaign trail, “it’s deeply apparent that all three of them did not do what needed to be done in terms of fully addressing the rise of hate and the reality of systemic discrimination in this country,” Farooq said.

Among the dozens of proposals listed in their Federal Election Policy Guide (PDF) published last week, the NCCM is calling for funding a special envoy to tackle Islamophobia.

For Steven Zhou, an incident hit close to home last July when a man lingered outside the entrance to the Toronto mosque where he volunteered as a caretaker, and made disparaging remarks and threats to worshippers as they arrived for a Friday early afternoon sermon.

Luckily, the incident did not result in any deaths or injuries and the man left before the police arrived.

“The liberal and progressive wing say they’re friends of Islam but most have never even involved themselves in the Muslim community before,” Zhou said.

“They see Islamophobia, Muslims as potential vote-getting opportunities that belong on their platforms, not fully-alive human beings with complex existences.” 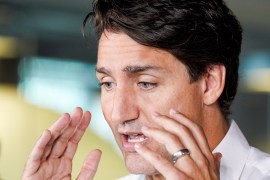 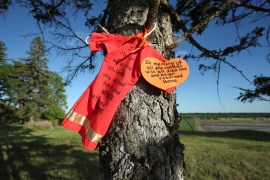 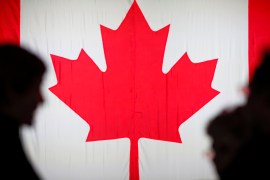 Climate change, the economy and COVID-19 are all looming large as voters head to the polls. 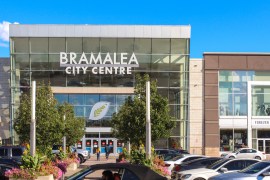