A Sudanese court has sentenced six members of a paramilitary force to death for killing six protesters during a 2019 demonstration over food and fuel shortages.

The killing of the protesters, including four children, in July in the city of El-Obeid in North Kordofan, sparked outrage across Sudan.

At their trial on Thursday, broadcast on Sudan TV, Judge Mohamed Rahma sentenced six of the defendants to death, acquitted two others, and referred one to a juvenile court, as he was below 18.

Rahma said the actions of six found guilty were “unnecessary”, and were “not on par with” the alleged verbal provocations by protesters during the otherwise peaceful demonstration.

In Sudan, death sentences are usually carried out by hanging, but the six may appeal the ruling.

Families of the victims demanded “retribution” for the killings during the trial.

The RSF was formed in 2013 under now-removed President Omar al-Bashir, who was toppled in April 2019 following mass protests against his rule.

The paramilitary group grew out of Arab militias, known as Popular Defence Forces, or Janjaweed, which were deployed by al-Bashir’s government to crush an ethnic minority rebellion in the western Darfur region in 2003.

The RSF is led by Lieutenant General Mohamed Hamdan Daglo, also known as Hemeti, who is now a senior member of Sudan’s ruling council.

Sudan has been led by a civilian-military transition since August 2019, promising to ensure justice to victims of violence.

A protest movement has long blamed the RSF for deadly violence against demonstrators, including the June 2019 breaking up of a mass sit-in in Khartoum.

In 2019, protesters set up a sprawling encampment outside the army headquarters in Khartoum, calling for an end to Bashir’s rule.

The camp remained for weeks after his overthrow, demanding a transition to civilian rule. 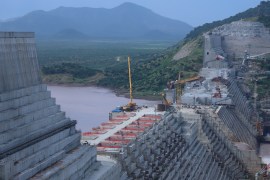 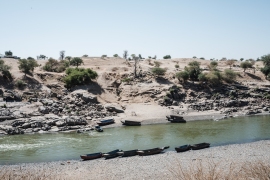 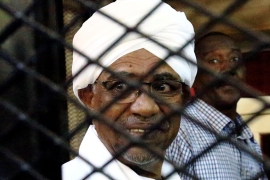