The United States and Germany have advised their nationals in Afghanistan to avoid travelling to Kabul airport, citing security risks as thousands gathered trying to flee the country almost a week after the Taliban took control.

Conditions outside Hamid Karzai International Airport have been chaotic amid the crush of people hoping to flee the Taliban takeover of the country a week ago.

“Because of potential security threats outside the gates at the Kabul airport, we are advising US citizens to avoid travelling to the airport and to avoid airport gates at this time unless you receive individual instructions from a US government representative to do so,” a US embassy advisory said on Saturday.

The German embassy also advised its citizens not to go to the airport, warning in an email that the Taliban was conducting increasingly strict controls around the airport.

The warnings provided no detail on the danger, but a White House official later on Saturday confirmed that aides had briefed US President Joe Biden on “counterterrorism operations” in Afghanistan, including against the ISIL (ISIS) armed group.

“This morning, the president met with his national security team … They discussed the security situation in Afghanistan and counterterrorism operations, including ISIS-K,” a White House official said.

Known as Islamic State in the Khorasan (IS-K or ISIS-K), the Afghan branch of ISIL has been on the back foot since suffering heavy losses in 2019 but it retains the ability to carry out devastating attacks in urban areas, including Kabul.

A Taliban official, speaking to Reuters news agency, said security risks could not be ruled out but that the group was “aiming to improve the situation and provide a smooth exit” for people trying to leave over the weekend.

The Taliban is still trying to hammer out a new government and the group’s co-founder, Mullah Baradar, arrived in Kabul for talks with other leaders on Saturday.

The group’s lightning advance across the country as US-led forces pulled out, in the face of what German Chancellor Angela Merkel described on Saturday as the “breathtaking collapse” of the Afghan army, sparked fear of reprisals and a return to the harsh interpretation of Islamic law the Taliban implemented when it was in power 20 years ago.

Switzerland postponed a charter flight from Kabul because of the chaos at the airport.

“The security situation around Kabul airport has worsened significantly in the last hours. A large number of people in front of the airport and sometimes violent confrontations are hindering access to the airport,” the Swiss Federal Department of Foreign Affairs said in a statement on Saturday.

The US had evacuated 2,500 Americans from Kabul over the past week, senior US officials said on Saturday, adding that Washington was fighting against “time and space” to evacuate people from Afghanistan.

Army Major General William Taylor, with the US military’s Joint Staff, told a Pentagon briefing that a total of 3,800 people had been evacuated on US military and chartered flights from Kabul in the past 24 hours, bringing to 17,000 the total number of people evacuated in the current mission.

Pentagon spokesman John Kirby said he did not have a “perfect figure” on how many Americans remain in the country.

EU foreign policy chief Josep Borrell told the AFP news agency that it was “mathematically impossible” for the US and its allies to evacuate the tens of thousands of Afghan personnel who had worked for the foreign forces along with their families by the August 31 deadline.

Borrell, speaking from Spain in a telephone interview, added that “we have complained” to the Americans that their security at Kabul airport was overly strict and hampering attempts by Afghans who worked for the Europeans to enter.

Abdul Qahar Balkhi, from the Taliban’s cultural commission, acknowledged that Kabul airport remains a flashpoint, but told Al Jazeera that the chaos there was a problem created by the US as it rushes to evacuate thousands of people.

“I think it is very unfortunate for people to be rushing to the airport the way they are at the moment … We have announced general amnesty for everyone, in the security forces from the senior to the junior level. This fear, this hysteria that is taking place is unfounded,” he said.

Balkhi said talks to form a new government include discussions over whether the capital will remain in Kabul or move to the group’s birthplace of Kandahar.

The delay in forming a new government or even announcing who will lead a new Taliban administration underlines how unprepared the movement was for the sudden collapse of the Western-trained forces it had been fighting for years.

Balkhi said the Taliban’s leaders did not initially intend to enter Kabul.

“The developments were so fast that all people were taken by surprise. When we entered Kabul and it was not planned, we announced initially that we do not want to enter Kabul and we want to reach a political solution before entering Kabul and making a joint and inclusive government,” he said.

“But what happened was the security forces left, abandoned their places and we were forced to ask our forces to enter and take over security.”

The Taliban, whose overall leader Mullah Haibatullah Akhunzada has so far been silent publicly, must also unite disparate groups within the movement whose interests may not always coincide now that victory has been achieved.

The Taliban has sought to present a more moderate face since returning to power, saying it wants peace and will respect the rights of women within the framework of Islamic law.

When in power from 1996 to 2001, guided by their interpretation of Islamic law, they stopped women from working or going out without wearing an all-enveloping burqa and stopped girls from going to school.

The Taliban is reported to have conducted raids on homes, targeted killings and harassed government and civil society figures in recent days.

It denies the claims but said it is investigating cases of criminality.

“Our foremost priority is discipline in our own ranks and not enforcing laws on others but enforcing it on ourselves first and then giving it an example for the rest of society to follow suit so … if our members are involved in such things, they will be the first to be prosecuted,” Balkhi said. 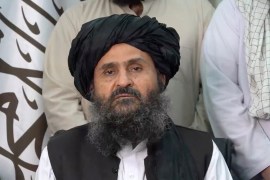 Mullah Baradar is in discussions with other Taliban leaders to hammer out a new Afghan government. 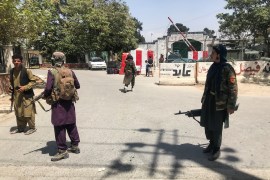 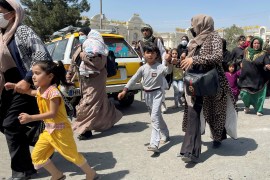 Women’s rights and the US’s ‘civilising’ mission in Afghanistan

The US imperial endeavours in Afghanistan and anywhere else in the world have never benefitted women and their rights.