Taliban co-founder Mullah Abdul Ghani Baradar has arrived in Kabul for talks to hammer out a new Afghan government, nearly a week after the armed group seized the capital without resistance.

The Taliban completed its sudden advance across the country as United States-led forces pulled out, coinciding with what German Chancellor Angela Merkel on Saturday said was the “breathtaking collapse” of the Afghan army.

Since then, thousands have thronged Kabul’s airport with security worsening by the day, as Western nations struggle to ramp up the pace of evacuations of their citizens and vulnerable Afghans amid the chaos and reports of Taliban violence.

He arrived in Afghanistan last Tuesday from Qatar, choosing to touch down in the country’s second-biggest city, Kandahar – the Taliban’s spiritual birthplace.

Baradar negotiated the movement’s 2020 peace deal with the US. His presence is significant because he has often held talks with former Afghan leaders such as ex-president Hamid Karzai.

Afghan officials familiar with talks held in the capital say the Taliban has said it will not make announcements on the government until the August 31 deadline for the foreign troop withdrawal passes.

Taliban officials said the armed group planned to ready a new model for governing Afghanistan within the next few weeks, with separate teams to tackle internal security and financial issues.

“Experts from the former government will be brought in for crisis management,” one unnamed official told Reuters news agency.

The new government structure would not be a democracy by Western definitions, but “it will protect everyone’s rights”, he added.

The Taliban has presented a more moderate face since returning to power after being overthrown in 2001, saying it wants peace, will not take revenge against old enemies and will respect the rights of women within the framework of Islamic law.

When in power from 1996-2001, the group stopped women from working or going out without wearing an all-enveloping burqa, and stopped children from going to school.

Other senior Taliban leaders seen in the capital in recent days include Khalil Haqqani – one of the US’s “most-wanted terrorists” with a $5m bounty on his head.

Abdullah Abdullah, a senior official in the ousted government, tweeted he and Karzai met on Saturday with the Taliban’s acting governor for Kabul, who “assured us that he would do everything possible for the security of the people” of the city.

About 13,000 foreigners and Afghans working for embassies and international aid groups have been evacuated from Kabul airport since Taliban fighters entered the capital, a NATO official said.

“The evacuation process is slow as it is risky, for we don’t want any form of clashes with Taliban members or civilians outside the airport,” he said on condition of anonymity. “We don’t want to start a blame game regarding the evacuation plan.”

In a new security warning, the US Embassy on Saturday told citizens not to travel to the Kabul airport without “individual instructions from a US government representative”, citing potential security threats outside its gates. And yet crowds remained outside its concrete barriers, some clutching documents.

“The security situation around Kabul airport has worsened significantly in the last hours. A large number of people in front of the airport and sometimes violent confrontations are hindering access to the airport,” the Swiss Federal Department of Foreign Affairs said in a statement.

After a backlog at a transit facility in Qatar forced flights from the Kabul international airport to stop for several hours on Friday, the Gulf nation of Bahrain on Saturday announced it was allowing flights to use its transit facilities for the evacuation.

The United Arab Emirates, meanwhile, said it would host up to 5,000 Afghans “prior to their departure to other countries”.

Individual Afghans and international aid and advocacy groups have reported harsh retaliation against protests and roundups of those who formerly held government positions, criticised the Taliban, or worked with Americans.

“We have heard of some cases of atrocities and crimes against civilians,” said the Taliban official on condition of anonymity. “If [members of the Taliban] are doing these law and order problems, they will be investigated,” he said.

“We can understand the panic, stress and anxiety. People think we will not be accountable, but that will not be the case.”

Former officials told harrowing tales of hiding from the Taliban in recent days as gunmen went from door to door.

Baradar, the chief of the Taliban’s political office, was part of the group’s negotiating team in the Qatari capital of Doha.

Reported to have been one of the most trusted commanders of the former Taliban supreme leader Mullah Omar, Baradar was captured in 2010 by security forces in Pakistan’s southern city of Karachi but released in 2018 at the request of the United States. 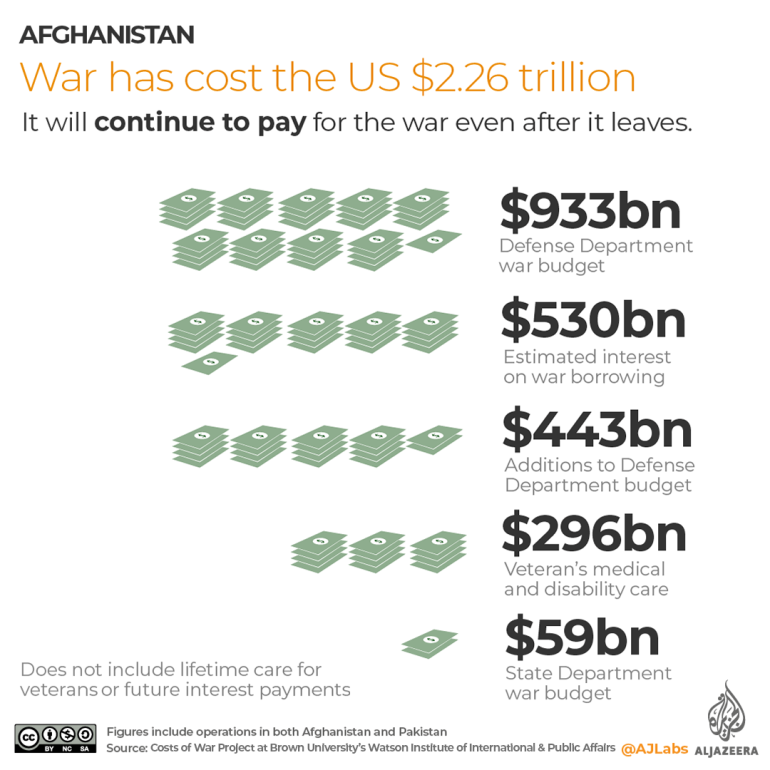